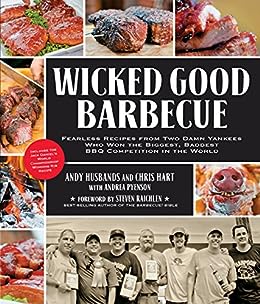 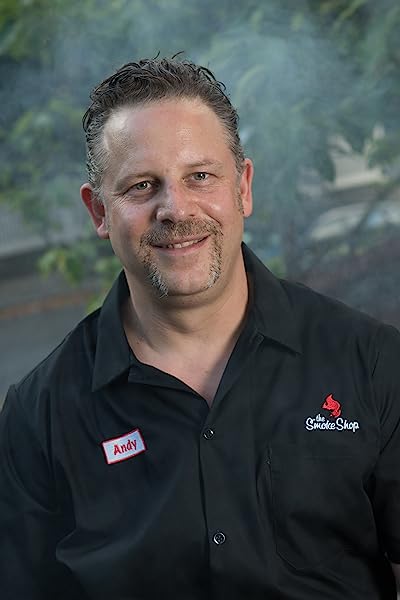 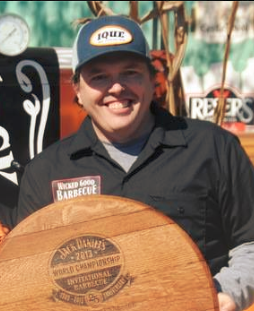 Andy Husbands, the award-winning chef/owner of Tremont 647, has been enticing patrons with his adventurous American cuisine at the South End neighborhood restaurant and bar for well over a decade. A James Beard Best Chef semi-finalist, Andy competed in the sixth season of Fox Television Network's Hells Kitchen with Gordon Ramsay.Chris Hart, winner of the Jack Daniel Invitational World Championship in 2009, has dominated the competition BBQ circuit for the past 10 years with his team, iQUE. The team was the first group of northerners in barbecue history to win a World Championship. Chris spends his days developing software, but his passion for cooking barbecue has him following the competition BBQ trail on weekends, pitting his talents against the best pitmasters in the U.S. In 2010, Chris cooked an elaborate barbecue tasting menu at the James Beard House in NYC.Andrea Pyenson has been writing about food for more than a decade and enjoying it for a lot longer than that. Her writing about food and travel has appeared in The Boston Globe, edible Boston, edible Cape Cod, msn.com, oneforthetable.com, The Washington Post, and Fine Cooking, among others. Pyenson was associate editor of The Boston Globe Illustrated New England Seafood Cookbook and assistant editor of 52 Weeks Cheap Eats: Dining Deals in Greater Boston.Multi-award-winning author, journalist, cooking teacher, and TV host, Steven Raichlen is the man who reinvented barbecue. His best-selling Barbecue Bible cookbook series and The Primal Grill and Barbecue University(tm) TV shows on PBS have helped people all over the world ascend the ladder of grilling enlightenment.Ken Goodman is a freelance photographer based in New York City. He specializes in food and chef photography, concerts, events, portraits and cookbooks. His work has appeared in Rolling Stone magazine and Art Culinaire, and he has photographed Mario Batali, Jimmy Fallon, Jon Stewart, Michael Stipe, The Edge, Sean Puffy Combs, Mariska Hargitay, Stanley Tucci, Jon Bon Jovi, and Anthony Bourdain (among others). Prior to his photography career, he spent 20 years in the restaurant industry as a classically trained chef, culinary educator, and restaurant consultant. --This text refers to the paperback edition.

"This cookbook makes it clear that barbecue competitors Husbands (chef & owner, Tremont 647; The Fearless Chef) and Chris Hart achieve success through an undying commitment to their obsession. Their Seven-Layer Dip is a highbrow concoction of shredded short ribs, crab rémoulade, beef tartare, salmon spread, and more, and their other recipes (except perhaps the cocktails and desserts) are equally challenging. With help from food writer Andrea Pyenson, their prose exudes energy and confidence, and that makes this an entertaining read. VERDICT: Mere mortals may not have the patience for recipes like Six Day Bacon of the Gods or 25-Step Championship Chicken, but fervent BBQ diehards with their eyes on a championship will believe their prayers have been answered." - Library Journal

--This text refers to the flexibound edition.

4.6 out of 5 stars
4.6 out of 5
165 global ratings
How are ratings calculated?
To calculate the overall star rating and percentage breakdown by star, we don’t use a simple average. Instead, our system considers things like how recent a review is and if the reviewer bought the item on Amazon. It also analyses reviews to verify trustworthiness.

Alexa
5.0 out of 5 stars Awesome recipes.
Reviewed in Australia on 6 January 2019
Verified Purchase
I had a flick through before wrapping it as a Christmas present, and the recipes looked really good. Can’t wait to borrow the book to make some of the food!
Read more
Helpful
Report abuse
See all reviews

R de Bulat
5.0 out of 5 stars Excitingly different
Reviewed in the United Kingdom on 5 August 2013
Verified Purchase
This book presents barbecue plus: nothing so simple as putting a few burgers and sausages over a charcoal grill, but making dry rubs, marinades and sauces that promise to produce exceptional barbecue and excellent flavours. One of the differences is using the barbecue for slow cooking and smoking, which requires something above the average back garden rig you get down the shops each summer. The food in this book takes time to plan, prepare and cook, but it looks worth it and is a book to explore if only because of the wide range of techniques and methods the authors employ - a flowerpot barbecue, for instance or the use of a smoker. The authors are award winning barbecue chefs: my interest in this book is through the desire to cook well and avoid the burnt offerings that are usual each summer and to produce a product of quality. I think that this book will help to achieve this goal, but one must be prepared to take time and put some effort into the task: I think it is worth it and, for this reason, recommend the book. The recipes are clearly described and explained, with some good photography that makes the food look appealing - you can almost taste it from the page! It also contains recipes for desserts.
Read more
2 people found this helpful
Report abuse

J G Frieslaar
3.0 out of 5 stars Not sooooo good ...
Reviewed in the United Kingdom on 17 June 2013
Verified Purchase
While it gives some good advise, I would recommend the Salt Lick BBQ book and the Webber series of BBQ books as a better purchase for those seeking to gain insight into the world of BBQ (Salt Lick) and learn technique (Webber).
Read more
Report abuse

Mr. G. J. Tunnell
5.0 out of 5 stars Amazing Book
Reviewed in the United Kingdom on 27 June 2012
Verified Purchase
Wicked Good Barbecue is the book at all People that like real BBQ must have. This gives you a run thought of just what you need to do to make competition BBQ and make it easy for you to do at home. If you like packet burgers and cheap sausage this book is not for you but if you like of even like the idea of real American BBQ and also some really great quirky ideas like the BBQ scotch egg. Great Book worth every Pound.
Read more
One person found this helpful
Report abuse

Thea
5.0 out of 5 stars A must for mastering the kettle BBQ
Reviewed in the United Kingdom on 23 November 2013
Verified Purchase
If you take your barbecues seriously and also want to get the best out of a kettle barbecue or smoker, this is an important book, though some of the rubs and marinades may be more to the American than the British palate.
Read more
One person found this helpful
Report abuse
See all reviews
Back to top
Get to Know Us
Make Money with Us
Let Us Help You
And don't forget:
© 1996-2021, Amazon.com, Inc. or its affiliates