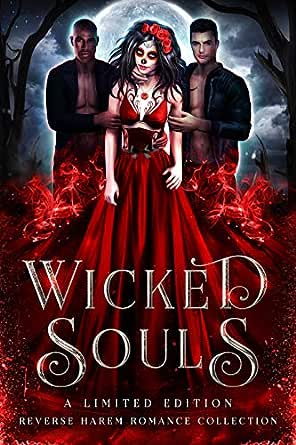 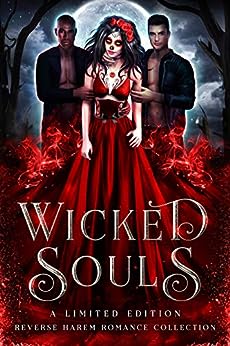 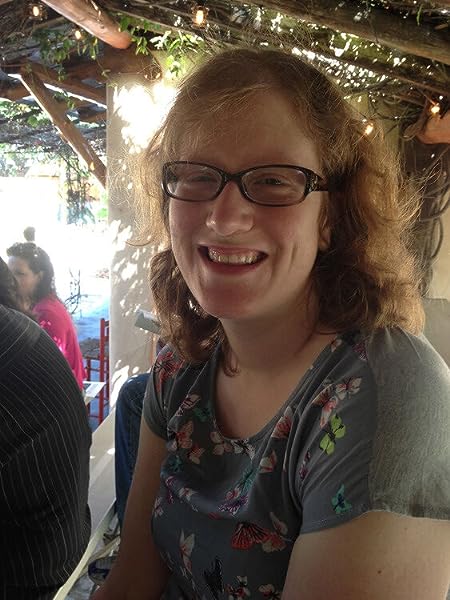 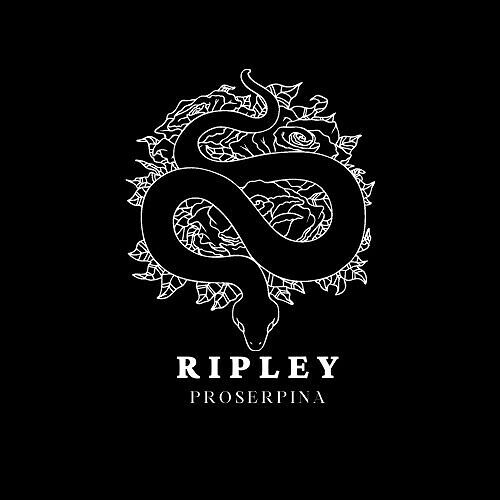 4.5 out of 5 stars
4.5 out of 5
260 global ratings
How are ratings calculated?
To calculate the overall star rating and percentage breakdown by star, we don’t use a simple average. Instead, our system considers things like how recent a review is and if the reviewer bought the item on Amazon. It also analyses reviews to verify trustworthiness.

Damian Southam
5.0 out of 5 stars Just 1 great read (The Dragonshadow Princess, A Prequel Novella) is all it takes!
Reviewed in Australia on 7 October 2020
Verified Purchase
WHILST WHAT FOLLOWS IS A SPECIFIC REVIEW OF THE SHADOWDRAGON PRINCESS, THIS IS NOT TO SUGGEST THAT OTHERS AREN'T EQUALLY AS ENTICING. BUT EITHER WAY IT DOES ESTABLISH THAT FOR ITS MERE PRICE (THE COLLECTION AS A WHOLE}, THE DRAGONSHADOW PRINCESS' VALUE MEANS THAT THE COLLECTION IS A CERTIFIED STEAL ACCORDINGLY.

An unexpected (on account of the nature of the story and its lore. Positive and exciting compilation of mingling subgenres, scooping up appeal to a broad range of potential readers, its complete set of characteristics performing wildly for the story's fantastical sense; though pragmatically in a fan paradigm, which if alternate readers would allow the atypical fixation most often influencing their criticisms using unrealistic paradigms as a form of complaint. Regarding this story's broad array of qualities, these critics do unnecessarily handicap in a deleterious manner in said scope. A great mascot to the Wicked Soul Collection, and a wholly outstanding performance for its own sake, a breath taking beginning of a new series. This inclusion in the collection of >20 stories compared to its value for money following K.M. MaKenna's performance, promptly for this reader's evaluation doth shoot her to a top standing leader board position accommodating said numbers, depending on the pool of numbers considered. I loath to quantify any mathematical objectivity, preferring instead a qualitatively perspective which doesn't seek or require exact quantification of numbers when addressing factors versus numbers which various readers seek to substantiate as an exact numerical allotment. Do yourselves a sure fire service, and relax your expectations, for once you've read the opening chapter conservatively, or in my case was the suicide hooking after just 5 pages.
Read more
Helpful
Report abuse

Ex Libris
TOP 1000 REVIEWER
4.0 out of 5 stars Reaper's Last Homecoming - Wicked Souls
Reviewed in Australia on 29 September 2020
Verified Purchase
Reaper’s Last homecoming – Bee Murray /Wicked Souls
I am a fast fan of this author. Bee Murray writes steamy hot with laugh out loud scenes all within the same breath. I never know when a one liner is going to come up smack in the middle of a really sexy moment. Kind of keeps a reader on their toes and I love that about her writing!

Our FMC Kyrie is a uni student in her final study year. She is also of a paranormal linage, so she has been tasked by her Uncle Des (aka Hades) to take on Reaper duties. She has been assigned some help to train up for this position in the form of one Angel, Santos and one Demon (a Hellhound actually) Dmitri. Both Heaven and Hell are beautiful males each with an instant attraction to Kyrie and the feeling is mutual. The final male to complete this RH is Thane, Kyrie’s ex-boyfriend and now semi corporeal ghost.

The story is fast paced and full of laughs and intrigue. There are a few heavy yet poignant moments between Thane and Kyrie but they are necessary to the plot of this story. The steamy scenes heat the pages up and we have the usual fun combinations that we can only get in an RH book, making this an 18+ read. Thoroughly enjoyed it. Four stars.

I received this book as an ARC, and this is my honest review.
Read more
Helpful
Report abuse

Cat RedInkandCoffee
4.0 out of 5 stars The heat's turned up when reaping goes awry
Reviewed in Australia on 29 September 2020
Verified Purchase
I loved reading this novella in the Underworld Hijinks Series.
Kyrie, our sassy lead, has found out a Hell of a lot about her family heritage in the last six months, now all she wants to do is finish school.
This badass heroine makes me wish I could live in her world, angels, demons, stunning wings, flight, learning to fight, it's all in there.
Hot hot hot men, a job to do, and a ghost thrown into the mix just for fun.
You'll love this adventure, so dive in and reap the words on the page.
Happy Scything!

I received a free copy of this book via Booksprout and am voluntarily leaving a review.
Read more
Helpful
Report abuse

Anna O
TOP 1000 REVIEWER
4.0 out of 5 stars The Dragonshadow Princess - K M McKenna
Reviewed in Australia on 5 October 2020
Verified Purchase
Review of this short story in the collection. Quirky and fun. A short introduction to a Princess Baera and the future men in her life. While bored and fantasying about a Royal Guard's member, Princess Baera is abducted from an open air petitioning proceeding. The Gold Dragonlord adds the beautiful Baera to his hoard. The loyal and infatuated guards plan her rescue. Baera dreams of domination.

I received a free copy of this book via Booksprout and am voluntarily leaving a review.
Read more
Helpful
Report abuse

Gen’s bookreviews
4.0 out of 5 stars Lost And The Hunted
Reviewed in Australia on 20 November 2020
Verified Purchase
Fun anthology with new authors and intro novellas. I grabbed this for Grace McGinty’s novella. Different to her previous series. Interested to see where it goes in the Eden Academy prequel.
Read more
Helpful
Report abuse

Alicia Spalding
5.0 out of 5 stars Absolutley loved it!!!!!!!
Reviewed in Australia on 24 October 2020
Verified Purchase
This whole book was amazing. A fantastic collection of stories by some very talented authors. Definitely worth reading and re-reading!!!
Read more
Helpful
Report abuse

Christine Webb
3.0 out of 5 stars Ok
Reviewed in Australia on 3 November 2020
Verified Purchase
I enjoyed a couple of the stories but gradually became annoyed at the amount that were in fact, the first few chapters of what was going to become a longer novel.
Read more
Helpful
Report abuse

This is the first book of Grace McGintys new series where we follow Celeste a Snow Leopard shifter.
This was a fun short read that grips you from the very start. The characters are well thought out and defined, you are transported into Celeste's world instantly.

It does end on a cliff hanger but book 2 has been hinted to release some time in October, so not long to wait.
Read more
Helpful
Report abuse
See all reviews

Andie
5.0 out of 5 stars Brilliant Anthology with so many brilliant short stories
Reviewed in the United Kingdom on 5 October 2020
Verified Purchase
Brilliant Anthology with so many brilliant short stories
Skyler Andra’s “Resting Witch Face”
Love the series that this spin off short storey is from so definitely worth you looking this up and reading the first book as book 2 is due to release shortly. Astra and her team of misfit men who individually would be a disaster but together can either be a catastrophe along with having moments of brilliance. Always humour in these books and this one certainly packs a lot of heat for a short storey – such a good read.
Lacey Carter Anderson & May Dawson – True Monsters
This is a prequal to what seems to be an exciting new series – Fabolous read – Cant wait to hear more about Allie and her men.
Read more
Report abuse

Jo K
5.0 out of 5 stars Brilliant Anthology
Reviewed in the United Kingdom on 10 November 2020
Verified Purchase
This is my review for Thieves of Fate within this anthology.
This is a beautiful addition to the immortals world.
Benedetta is trapped. A half life with no idea what has happened, she remembers her death. And all the horrors she was forced to commit, but also the cleansing fire that took it all from her.
Razik, Salem, Errol have only just met but their focus having seen the shadow of Benedetta means they are meant to be.
A captivating plot that kept me engrossed.
Well written and detailed characters. The supporting cast links this story to the world with finesse and ease.
A great book i thoroughly enjoyed and highly recommend.
Read more
Report abuse

SallyMac007
5.0 out of 5 stars Reaper's Last Homecoming review only
Reviewed in the United Kingdom on 1 October 2020
Verified Purchase
This is the first novella I've read from the Underworld Hijinks series and I loved it. My second book by this author and won't be my last, I'm off to buy the others in this series now. I wasn't sure what to expect but once again I wasn't disappointed. Fun and interesting characters, an engaging and well written story. My only gripe is the length as it was so good I wanted it to be longer! If you like supernatural romance with a kick (and some steam) then you can't go wrong with this.

I received a free copy of this book via Booksprout and am voluntarily leaving a review.
Read more
Report abuse

Naurarwen
5.0 out of 5 stars A great collection
Reviewed in the United Kingdom on 5 October 2020
Verified Purchase
Resting Witch Face by Skyler Andra

There were no chocolate bars this time for Astra and her men but this short story follows them on a side mission that's gone wrong, how will they get out of this sticky situation. In the story, you get to see more into the dynamics and relationships between Astra and the gorgeous but dangerous men she is surrounded by. If you've read Life's a Witch I'd definitely recommend giving this little side story a read.

bwichkan
5.0 out of 5 stars Excellent
Reviewed in the United Kingdom on 18 October 2020
Verified Purchase
This is a brilliant read.
Wonderful well written plot and story line that had me engaged from the start.
Love the well fleshed out characters and found them believable.
Great suspense and action with wonderful world building.
Can't wait to read what the author brings out next.
Recommend reading.

I received a free copy of this book via Booksprout and am voluntarily leaving a review.
Read more
Report abuse
See all reviews
Get FREE delivery with Amazon Prime
Prime members enjoy FREE Delivery and exclusive access to movies, TV shows, music, Kindle e-books, Twitch Prime, and more.
> Get Started
Back to top
Get to Know Us
Make Money with Us
Let Us Help You
And don't forget:
© 1996-2020, Amazon.com, Inc. or its affiliates