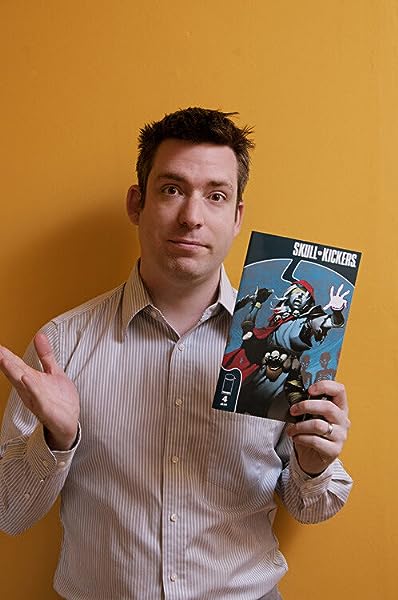 Page 1 of 1 Start overPage 1 of 1
Previous page
Next page
Start reading Wizards & Spells on your Kindle in under a minute.

An immersive illustrated primer to the enchanted beings, magic users, and spells of Dungeons & Dragons, the leading fantasy role-playing game.

Dungeons & Dragons launched the great tradition of roleplaying games in 1974 with an unprecedented mix of adventure and strategy, dice-rolling, and storytelling. Wizards of the Coast continues to honor that tradition, bringing to market a diverse range of D&D game and entertainment experiences and influencing numerous writers, directors, and game designers by tapping into an innate human need to gather with friends and tell an exciting story together.

4.8 out of 5 stars
4.8 out of 5
879 global ratings
How are ratings calculated?
To calculate the overall star rating and percentage breakdown by star, we don’t use a simple average. Instead, our system considers things like how recent a review is and if the reviewer bought the item on Amazon. It also analyses reviews to verify trustworthiness.

jpbenm
5.0 out of 5 stars Great fun for all the party!
Reviewed in the United Kingdom on 20 May 2020
Verified Purchase
Gave me ideas that foxed the DM and made him scrabble around for something serious for the party to encounter! 😁
Read more
Report abuse

Lachlan Kadick
2.0 out of 5 stars Beautiful but little help and somewhat distracting
Reviewed in the United States on 23 April 2020
Verified Purchase
I got this for my son so that he could have an awesome (and more focused) way to explore his wizard, but it isn't a useful resource. It's mostly a unique book about. It is beautifully illustrated, but it has a massive portion of it dedicated to things other than wizards and spells. Only half of the book is wizards and spells. The spells section talks about a few spells from each level, which is fine, but it would be nice for it to focus in more on the low level spells. This is meant as a kids introduction to Wizards and it is far too limited. Yes, this is what the Player's Handbook is for, but I spent half of the cost of a PHB for something that should have had less materials than half of it, and got less than half of that.

tldr; This is only half about Wizards and too little even then.


Read more
7 people found this helpful
Report abuse
See all reviews
Get FREE delivery with Amazon Prime
Prime members enjoy FREE Delivery and exclusive access to movies, TV shows, music, Kindle e-books, Twitch Prime, and more.
> Get Started
Back to top
Get to Know Us
Make Money with Us
Let Us Help You
And don't forget:
© 1996-2020, Amazon.com, Inc. or its affiliates