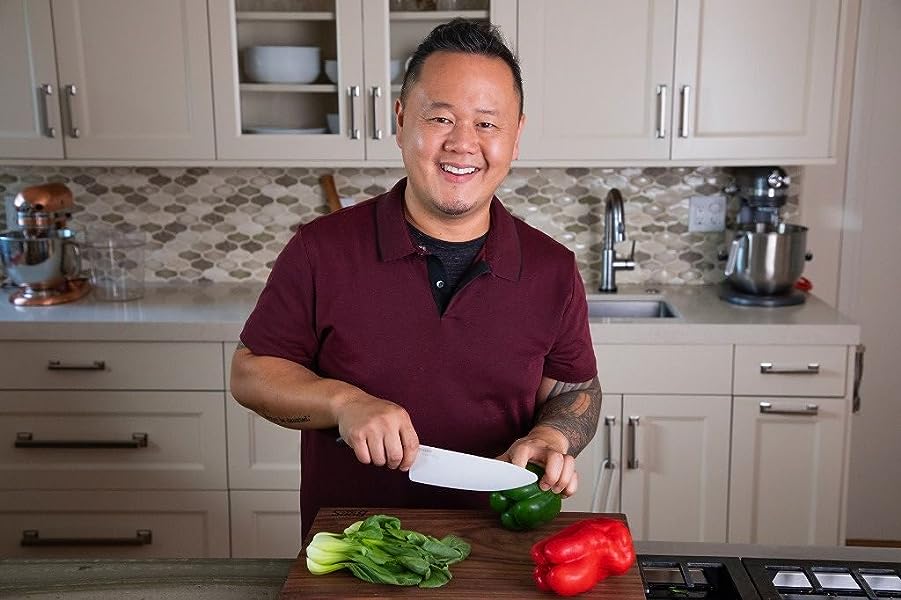 German edition by Jet Tila (Author)
4.3 out of 5 stars 25 ratings
See all formats and editions
Sorry, there was a problem loading this page. Try again.

The new series from Matilda’s captain Sam Kerr
Discover the new books by Soccer superstar Sam Kerr. Perfect for sports lovers and readers aged 7 and up, the Kicking Goals series is out now. Buy now.
Start reading 101 asiatische Klassiker, die du gekocht haben musst on your Kindle in under a minute.

From battling the legendary Masaharu Morimoto on Iron Chef America, to guiding Anthony Bourdain through the markets and restaurants of Los Angeles’ and Las Vegas, culinary personality Jet Tila, has been nationally celebrated for his culinary expertise on modern Asian Cuisine. Growing up working at his family’s famed Bangkok Market—the first-ever Thai grocery store in Los Angeles in the ‘70s—and Royal Thai restaurant, Jet spent time learning the ancient traditions of Asian cuisine from his Cantonese grandmother. A born “culinary storyteller,” Jet was appointed as the inaugural Culinary Ambassador of Thai Cuisine by the Royal Thai Consulate, as the first-ever chef to represent his country’s culture and cuisine in the United States.

4.3 out of 5 stars
4.3 out of 5
25 global ratings
How are ratings calculated?
To calculate the overall star rating and percentage breakdown by star, we don’t use a simple average. Instead, our system considers things like how recent a review is and if the reviewer bought the item on Amazon. It also analyses reviews to verify trustworthiness.

Amazon Kunde
5.0 out of 5 stars Alles bestens
Reviewed in Germany on 26 February 2021
Verified Purchase
Super.
Read more
Report abuse
See all reviews
Back to top
Get to Know Us
Make Money with Us
Let Us Help You
And don't forget:
© 1996-2021, Amazon.com, Inc. or its affiliates