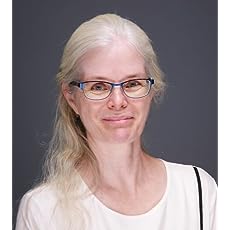 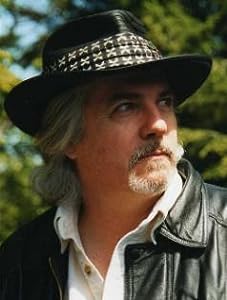 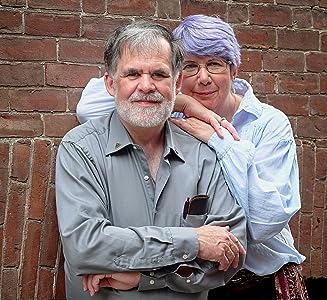 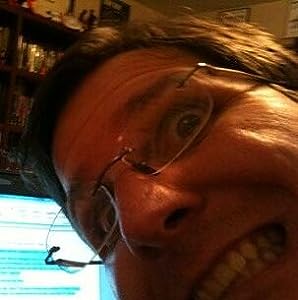 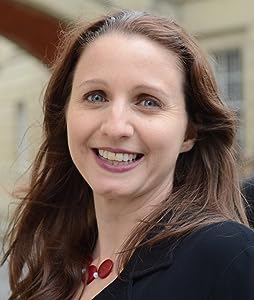 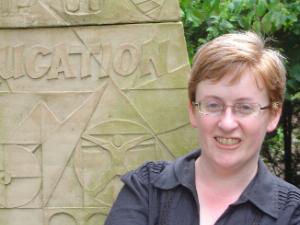 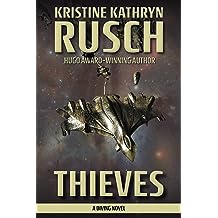 A race against time.

Weeks after Boss’ injury from the runabout dive, she continues the mission to salvage Fleet wrecks for the Lost Souls Corporation. But Boss feels like she lost something after that fateful dive.

Until something happens in the Boneyard to catch her attention. Something that sparks her interest with an intensity she thought she lost.

But Boss worries that someone knows her plans. That the Boneyard might prove more sentient than she knows.

She feels the clock ticking—and she worries time will run out once and for all.

“By mixing cerebral and investigative elements, emotional character segments, and the adrenaline of action, Rusch tells a complete yet varied tale that will please science fiction readers looking for something different from the usual fare.”

—Publishers Weekly on Searching for the Fleet

“Think of the Diving universe as an exciting mystery saga, pitting the drama of ship salvage against the dangers of space.”

“Kristine Kathryn Rusch is best known for her Retrieval Artist series, so maybe you’ve missed her Diving Universe series. If so, it’s high time to remedy that oversight.”

“[The Runabout] is so good, it will make you want to read the other stories.”

“Amazing character construction, building a plot that riveted me almost from the moment it began. I will now absolutely have to read the preceding titles and I cannot wait to see what will come as a result of The Runabout.” 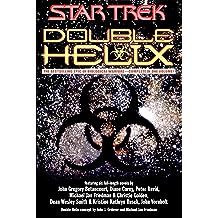 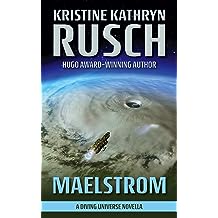 Nedda Ferguson-Lithe lost her father on the Gabriella’s final mission. The ship’s disappearance remains one of the great mysteries of the sector.

But as Nedda interviews the crew’s survivors, she finds more questions than answers.

No one knows who or what causes the maelstroms that make exploring Nájar Crater on Madreperla so dangerous. But everyone knows that the rumors of the crater’s riches prove far too tempting despite the danger.

Every time a ship ventures into that crater, a maelstrom drives it out. Or destroys it. Nedda hopes to find out which fate met the Gabriella—and her father.

“Like everything [Kristine Kathryn Rusch] writes, the story is beautifully-told and has a lot of heart. Who could ask for anything more?” 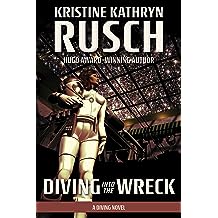 Hurtling through the blackness of space, Boss detects a mysterious blip from an unknown source that sets her heart pounding…

Boss dives derelict space vessels, for money, yes, but more for their historical value. So, when she uncovers the find of a lifetime, she enlists the best divers she knows to help her pursue it—off the grid and under the Empire’s radar.

Boss’s discovery leads her and her team to the Room of Lost Souls. Boss remembers the Room. It haunts her. Her mother died there. Now, a client wants her to go back to help uncover the Room’s mysteries. But the truths they discover might destroy everything Boss holds sacred.

Because the more they discover, the less they realize they know—and the more it will cost them all.

Read all 8 novels in the Diving Universe!

Diving Into the Wreck

Searching for the Fleet

“This is classic sci-fi, a well-told tale of dangerous exploration. The first-person narration makes the reader an eyewitness to the vast, silent realms of deep space, where even the smallest error will bring disaster. Compellingly human and technically absorbing, the suspense builds to fevered intensity, culminating in an explosive yet plausible conclusion.”

“Diving into the Wreck has much to offer, including what even Boss—the avid researcher into lost forms of science—describes as ‘secrets which, if understood, can teach us more about ourselves than any science can.’”

“Rusch delivers a page-turning space adventure while contemplating the ethics of scientists and governments working together on future tech.”

Kristine Kathryn Rusch is a New York Times bestselling author whose fiction has won dozens of awards and critical accolades. 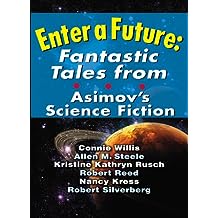 Enter A Future: Fantastic Tales from Asimov's Science Fiction 15/12/2010
by Robert Silverberg , Daryl Gregory , Nancy Kress , Mary Rosenblum , Sara Genge , Gord Sellar , Kristine Kathryn Rusch , Robert Reed , Connie Willis , Allen Steele
( 17 )
$6.25
This anthology opens with Connie Willis’s highly amusing and Hugo-Award-winning novella, “Inside Job,” and closes with Robert Silverberg’s poignant Hugo-winning novelette, “Enter a Soldier. Later: Enter Another.” In the “locations” between these captivating stories you’ll find exciting and richly rewarding tales by some of today’s best-known SF writers and several of its most talented newcomers. Each of these stories has something that Asimov’s is rightly famous for—strong and deeply moving characters that face their futures head on. Whether they’re a jazz musician on a starship, the spirit of H.L. Mencken tangling with a twenty-first century medium, or the new personality of a wayward teenager trying to stake a claim on a body that is and sort of isn’t hers, they must all find their way in uncharted territory. You can join them on their journey. Turn the electronic page and enter a future. A little later, you can enter another.
Read more
includes tax, if applicable 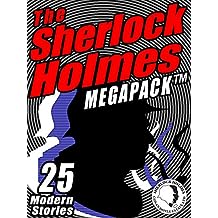 THE ADVENTURE OF THE ELUSIVE EMERALDS, by Carla Coupe

THE ADVENTURE OF THE SECOND ROUND, by Mark Wardecker

THE ADVENTURE OF THE MIDNIGHT SEANCE, by Michael Mallory

THE CASE OF THE TARLETON MURDERS, by Jack Grochot

THE TATTOOED ARM, by Marc Bilgrey

THE INCIDENT OF THE IMPECUNIOUS CHEVALIER, by Richard A. Lupoff

YEARS AGO AND IN A DIFFERENT PLACE, by Michael Kurland

A STUDY IN EVIL, by Gary Lovisi

THE ADVENTURE OF THE AMATEUR MENDICANT SOCIETY, by John Gregory Betancourt

THE ADVENTURE OF THE HAUNTED BAGPIPES, by Carla Coupe

THE CASE OF VAMBERRY THE WINE MERCHANT, by Jack Grochot

A HOUSE GONE MAD, by Sherlock Holmes as edited by Bruce I. Kilstein

BE GOOD OR BEGONE, by Stan Trybulski

THE STAGECOACH DETECTIVE, by Linda Robertson

THE DEAD HOUSE, by Bruce Kilstein

THE ADVENTURE OF THE VOORISH SIGN, by Richard A. Lupoff

THE CURIOUS CASE OF THE PEACOCK STREET PECULIARS, by Michael Mallory

THE CASE OF THE NETHERLAND-SUMATRA COMPANY, by Jack Grochot

YOU SEE BUT YOU DO NOT OBSERVE, by Robert J. Sawyer

THE ADVENTURE OF THE PEARLY GATES, by Mike Resnick

And don't forget to search this ebook store for "Wildside Megapack" to see more entries in this series, covering classic authors and subjects like mysteries, science fiction, westerns, ghost stories -- and much, much more! (Sort by publication date to see the most recent additions.) 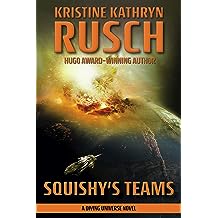 Diving readers know that Squishy enlisted others to help her destroy stealth tech in the novel Boneyards. But exactly what happened to those teams remained a mystery—until now.

Ten people signed up to help Squishy in her fateful mission. Only five returned.

Paired up in teams of two, they set out across the Enterran Empire to infiltrate and sabotage the Empire’s bases used to back up their stealth tech research.

But what exactly happened on those bases? Who survived? Squishy’s Teams provides the answers to those burning questions and reveals twists to the ongoing saga no one sees coming.

“Rusch follows Diving into the Wreck and City of Ruins with another fast-paced novel of the far future.”

“Filled with well-defined characters who confront a variety of ethical and moral dilemmas, Rusch’s third Diving Universe novel is classic space opera, with richly detailed worldbuilding and lots of drama.” 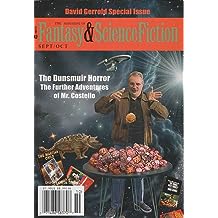 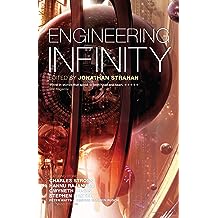 Engineering Infinity (The Infinity Project Book 1) 07/02/2011
by Charles Stross , Gwyneth Jones , John Barnes , Hannu Rajaniemi , Stephen Baxter , Kristine Kathryn Rusch , John C. Wright , Karl Schroeder , Robert Reed , Jonathan Strahan
( 70 )
$7.99
The universe shifts and changes: suddenly you understand, you get it, and are filled with wonder. That moment of understanding drives the greatest science-fiction stories and lies at the heart of Engineering Infinity. Whether it’s coming up hard against the speed of light – and, with it, the enormity of the universe – realising that terraforming a distant world is harder and more dangerous than you’d ever thought, or simply realizing that a hitchhiker on a starship consumes fuel and oxygen with tragic results, it’s hard science-fiction where a sense of discovery is
most often found and where science-fiction’s true heart lies.
This exciting and innovative science-fiction anthology collects together stories by some of the biggest names in the field, including Gwyneth Jones, Stephen Baxter and Charles Stross.
Read more
Other Formats:: Audible Audiobook , Paperback , Mass Market Paperback , Audio CD
includes tax, if applicable 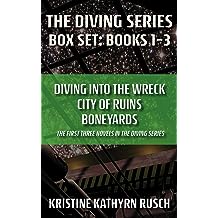 The first three books in the series: Diving into the Wreck, City of Ruins and Boneyards.

Diving into the Wreck

Boss dives derelict space vessels, for money, yes, but more for their historical value. So, when Boss uncovers the find of a lifetime, she enlists the best divers she can convince to help her pursue it—off the grid and under the Empire’s radar.

Boss’ discovery leads her and some of her team to the Room of Lost Souls. Boss remembers the Room. It haunts her. Her mother died there. Now, a client wants her to go back. She wants Boss to help her uncover the Room’s mysteries. But the truths she discovers might destroy everything Boss holds sacred.

Because the more they discover, the less they realize they know—and the more it will cost them all.

City of Ruins (Winner of the 2012 Endeavor Award)

Years after stumbling across her first Dignity Vessel, Boss now leads a team of people searching for “loose” stealth technology. She takes a team to Vaycehn to investigate a phenomenon called death holes, thinking they might lead her to stealth tech.

Captain Jonathon “Coop” Cooper and the crew of the Ivoire finally find a way out of foldspace despite their damaged anacapa drive. But he soon realizes the ship’s return to normal space is anything but normal.

Coop and Boss hold the answer to questions both seek. But what they discover will change everything.

Stealth tech: a lost science everyone wants to reclaim. The woman who helped Boss dive the Dignity Vessel, known then as Squishy, claims a long and storied history with stealth tech. Her research into the lost science caused deaths before, and she failed to prevent more during a fateful dive. Now, she vows to find a way to destroy the technology once and for all.

Coop and Boss want to keep stealth tech out of the Empire’s hands, too, but for different reasons. “Stealth tech” powers Coop’s ship in the form of its anacapa drive. A drive that malfunctioned, leaving Coop and his crew stranded. But to find a way home, he must know what happened in the past.

When Squishy’s actions threaten Coop’s mission, he must make a choice—help Boss attack the Empire, or risk losing his hope for a future.

“This is classic sci-fi, a well-told tale of dangerous exploration. The first-person narration makes the reader an eyewitness to the vast, silent realms of deep space, where even the smallest error will bring disaster. Compellingly human and technically absorbing, the suspense builds to fevered intensity, culminating in an explosive yet plausible conclusion.”
—RT Book Reviews (Top Pick) on Diving into the Wreck

“Rusch delivers a page-turning space adventure while contemplating the ethics of scientists and governments working together on future tech.”
—Publisher’s Weekly on Diving into the Wreck

“City of Ruins has two great strengths going for it. One is the characters.
Read more
includes tax, if applicable 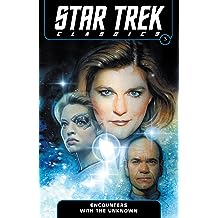 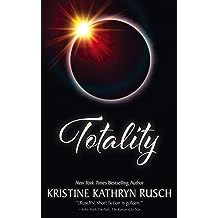 Totality 12/08/2020
by Kristine Kathryn Rusch
( 9 )
$3.99
When the first solar eclipse in years arrives on the Oregon Coast, Bryce Walker faces west, away from the eclipse. Instead of watching the sun go dark, he sees a woman wade into the dark, dangerous ocean. Alone.
He needs to help her. Because no one else sees her.
No one else even knows she's there.
Bryce’s attempt at heroism might save a life or two—maybe even his own.