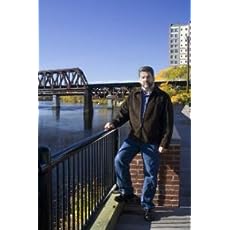 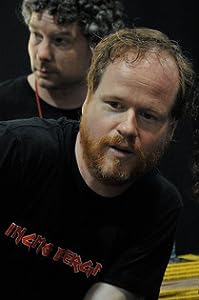 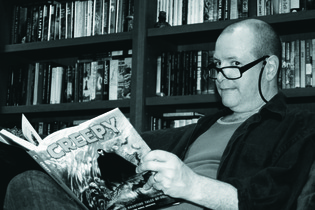 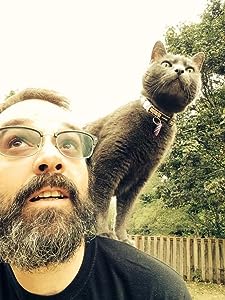 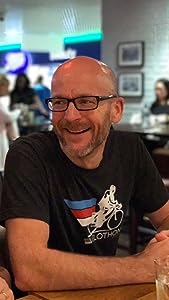 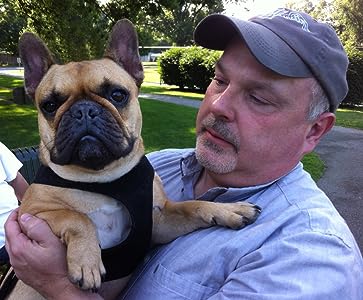 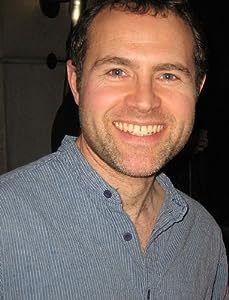 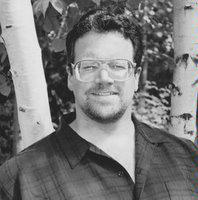 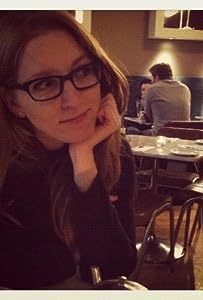 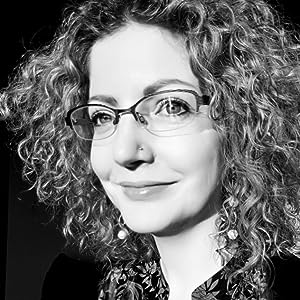 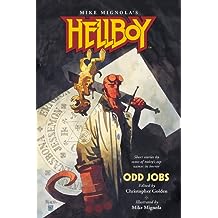 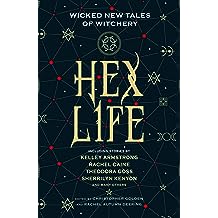 Brand-new stories of witches and witchcraft written by popular female fantasy authors, including Kelley Armstrong, Rachel Caine and Sherrilyn Kenyon writing in their own bestselling universes!

These are tales of witches, wickedness, evil and cunning. Stories of disruption and subversion by today’s women you should fear. Including Kelley Armstrong, Rachel Caine and Sherrilyn Kenyon writing in their own bestselling universes.

These witches might be monstrous, or they might be heroes, depending on their own definitions. Even the kind hostess with the candy cottage thought of herself as the hero of her own story. After all, a woman’s gotta eat…

Eighteen tales of witchcraft from the mistresses of magic:

Bring out your dread... 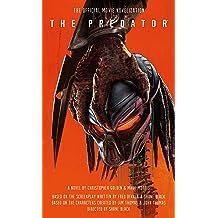 The official novelization of the summer blockbuster The Predator, Shane Black’s new movie with a screenplay by Shane Black and Fred Dekker.
For centuries Earth has been visited by warlike creatures that stalk mankind’s finest warriors. Their goals unknown, these deadly hunters kill their prey and depart as invisibly as they arrived, leaving no trace other than a trail of bodies.
When a young boy accidentally triggers the universe’s most lethal Hunters’ return to earth, only a ragtag crew of ex-soldiers and a disgruntled science teacher can prevent the end of the human race. 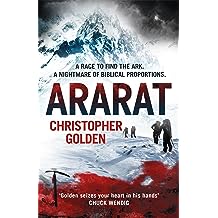 *Winner of the 2017 Bram Stoker Award for Best Novel*

Meryam and Adam take risks for a living. But neither is prepared for what lies in the legendary heights of Mount Ararat, Turkey.

First to reach a massive cave revealed by an avalanche, they discover the hole in the mountain's heart is really an ancient ship, buried in time. A relic that some fervently believe is Noah's Ark.

Deep in its recesses stands a coffin inscribed with mysterious symbols that no one in their team of scholars, archaeologists and filmmakers can identify. Inside is a twisted, horned cadaver. Outside a storm threatens to break.

As terror begins to infiltrate their every thought, is it the raging blizzard that chases them down the mountain - or something far worse? 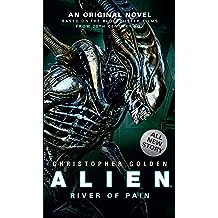 Alien: River of Pain (Book 3) 28/11/2014
by Christopher Golden
( 215 )
$7.59
When Ellen Ripley finally returns to Earth, she learns that the planet LV-426—now called Acheron—has been colonized. But LV-426 is where Ripley and crew of the Nostromo found the original Xenomorph—the killing machine known as the Alien. The colony known as Hadley's Hope is where a group of colonists—protected by the Colonial Marines—seek to terraform the inhospitable planet, and to uncover Acheron's unknown resources. Two of the residents are Anne and Russell Jorden, wildcatters who came with an infant son, Tim, seeking a fortune that eluded them on Earth. On Acheron, Anne gives birth to the colony's first newborn. Rebecca Jordan, also known as Newt. The wildcatters discover a vast, decaying ship, once piloted by members of a strange, unknown race. The horseshoe-shaped vessel is of particular interest to Weyland-Yutani, and may be the answer to their dreams. But what Anne and Russ find aboard the ship proves to be the stuff, not of dreams, but of nightmares.
Read more
Other Formats:: Audible Audiobook , Paperback , Mass Market Paperback
includes tax, if applicable 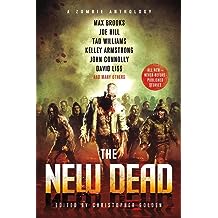 The hungry dead have risen. They shamble down the street. They hide in back yards, car lots, shopping malls. They devour neighbors, dogs and police officers. And they are here to stay. The real question is, what are you going to do about it? How will you survive?

HOW WILL THE WORLD CHANGE WHEN THE DEAD BEGIN TO RISE?

Stoker-award-winning author Christopher Golden has assembled an original anthology of never-before-published zombie stories from an eclectic array of today's hottest writers. Inside there are stories about military might in the wake of an outbreak, survival in a wasted wasteland, the ardor of falling in love with a zombie, and a family outing at the circus. Here is a collection of new views on death and resurrection. 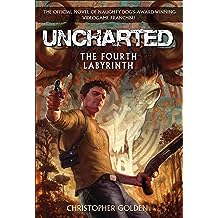 In the ancient world there was a myth about a king, a treasure, and a hellish labyrinth. Now the doors to that hell are open once again.

Nathan Drake, treasure hunter and risk taker, has been called to New York City by the man who taught him everything about the “antiquities acquisition business.” Victor Sullivan needs Drake’s help. Sully’s old friend, a world-famous archaeologist, has just been found murdered in Manhattan. Dodging assassins, Drake, Sully, and the dead man’s daughter, Jada Hzujak, race from New York to underground excavations in Egypt and Greece. Their goal: to unravel an ancient myth of alchemy, look for three long-lost labyrinths, and find the astonishing discovery that got Jada’s father killed. It appears that a fourth labyrinth was built in another land and another culture—and within it lies a key to unmatched wealth and power. An army of terrifying lost warriors guards this underground maze. So does a monster. And what lies beyond—if Drake can live long enough to reach it—is both a treasure and a poison, a paradise and a hell. 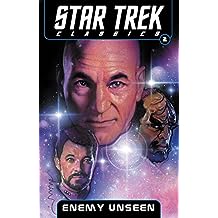 Star Trek Classics Vol. 2: Enemy Unseen 15/02/2012
by Scott Ciencin , Christopher Golden , Keith DeCandido , Tom Sniegoski , Andrew Currie , Scott Benefiel , Dave Hoover , Peter Pachoumis
( 3 )
$14.92
In a long and distinguished career, Captain Jean-Luc Picard and his crew have faced uncounted foes and vanquished incredible dangers. But what happens when the enemy can''t be easily seen - when it lurks in the shadows, disguises itself as polite society, or emerges from the depths of one''s own mind? These are the antagonists with which the crew of the U.S.S. Enterprise must contend with in this volume, the most dangerous kind of enemy - the enemy unseen. Contains the three stories "Perchance to Dream", "Embrace the Wolf," and "The Killing Shadows."
Read more
Other Formats:: Paperback
includes tax, if applicable 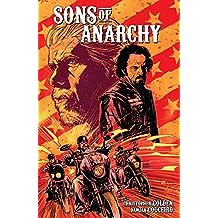 Sons of Anarchy Vol. 1 17/09/2014
by Christopher Golden , Damian Couceiro
( 70 )
$14.02
WHY WE LOVE IT: The Sons of Anarchy TV series has captivated the attention of the entire BOOM! team with its smart plotting, compelling characters, and modern vision of the outlaw genre. We love the show so much we couldn't wait to help expand the world of SAMCRO.

WHY YOU'LL LOVE IT: Gun-smuggling outlaw bikers with complex pasts and gripping personalities. If you love "guys with guns" like we do, this is that genre at its most elevated.

WHAT IT'S ABOUT: With nowhere left to turn, a troubled girl named Kendra finds herself back in Charming in desperate need for help. When the Sons of Anarchy realize tshe's the estranged daughter of an old member, Tig rallies the club to offer protection. But if SAMCRO wants to keep themselves and Kendra out of an early grave, they'll have to step into the line of fire and put alliances aside to do what's right.Written by New York Times best-selling author Christopher Golden (Buffy the Vampire Slayer) and illustrated by Damian Couceiro (Planet of the Apes), SONS OF ANARCHY: VOL. 1 collects the first six issues of the ongoing comic book series and runs parallel with Season 5 of Kurt Sutter's hit television series.
Read more
Other Formats:: Paperback
includes tax, if applicable 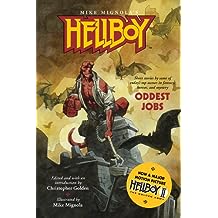 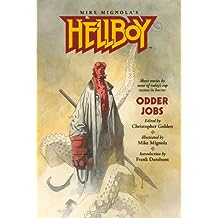 Hellboy: Odder Jobs 08/06/2004
by Frank Darabont , Various , Christopher Golden
( 17 )
$16.44
Mike Mignola's award-winning series Hellboy has earned fans all over the world, among them some of the most respected horror, fantasy, and mystery novelists in the field, and some of Hollywood's most talented writers and directors. Now a who's who list of these writers are drawn together to tell their own tales of Hellboy, to play with the characters and worlds Mignola has created. As part of Dark Horse's celebration of Hellboy in 2004, Christopher Golden (author of the Hellboy novels The Lost Army and The Bones of Giants) has brought together a stellar array of talents including filmmakers Frank Darabont and Hellboy movie director Guillermo del Toro, and novelists Charles de Lint, Graham Joyce, and Sharyn McCrumb, as well as many others. 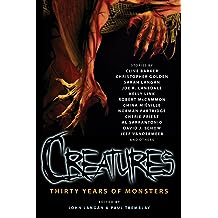 Creatures: Thirty Years of Monsters 26/09/2011
by Clive Barker , Christopher Golden , Joe R. Lansdale , Robert McCammon , China Mieville , Cherie Priest , Al Sarrantonio , David Schow , John Langan , Paul Tremblay
( 10 )
$7.29
Monsters: As old as the oldest of stories, as new as our latest imaginings. From the ancient stone corridors of the labyrinth to the graffitied alleyways of the contemporary metropolis, they stalk the shadows. Leering from the darkness of the forest, jostling for space in our closets, they walk, crawl, creep and scuttle through our nightmares. Close as the clutter under the bed or the other side of the mirror, they are our truest companions.

Creatures features the best monster fiction from the past thirty years, offering a wide variety of the best monster stories including original stories from the field's most relevant names and hottest newcomers including Clive Barker, Sarah Langan, Joe R. Lansdale, Kelly Link, China Miéville, and Cherie Priest.
Read more
Other Formats:: Paperback
includes tax, if applicable
Back to top
Get to Know Us
Make Money with Us
Let Us Help You
And don't forget:
© 1996-2020, Amazon.com, Inc. or its affiliates