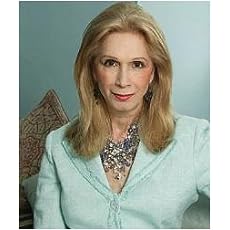 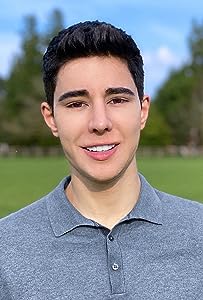 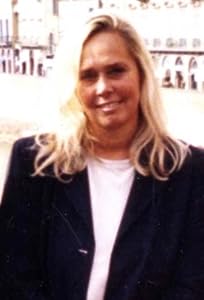 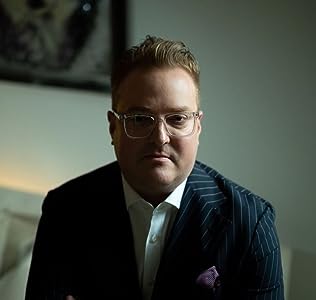 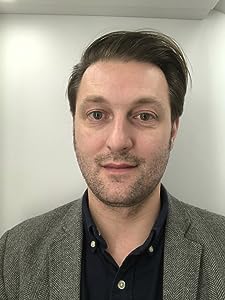 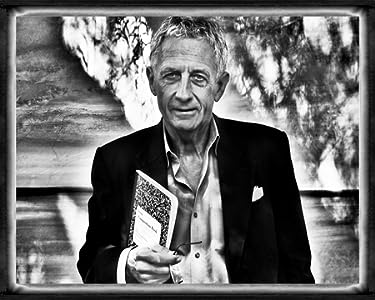 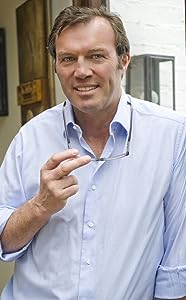 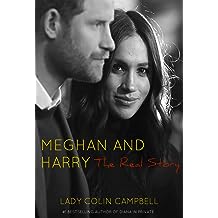 Meghan and Harry: The Real Story 25/06/2020
by Lady Colin Campbell
( 3,135 )
$11.99
A balanced account of game changes, conflicts and ambitions in the Royal Family from the bestselling author of DIANA IN PRIVATE.

The fall from popular grace of Prince Harry, the previously adulated brother of the heir to the British throne as a consequence of his marriage to the beautiful and dynamic Hollywood actress and Suits star, Meghan Markle, makes for fascinating reading in this new book from Lady Colin Campbell, best-selling biographer of Princess Diana, the Queen Mother and the Queen's marriage.

With unique breadth of insight Lady C goes behind the scenes, speaking to friends, relations, courtiers, and colleagues on both sides of the Atlantic to reveal the most unexpected royal story since Edward VIII's Abdication. She highlights the dilemmas involved and the issues that lurk beneath the surface, as to why the couple decided to step down as senior royals. She analyses the implications of the actions of a young and ambitious Duke and Duchess of Sussex, in love with each other and with the empowering lure of fame and fortune, and leads the reader through the maze of contradictions, revealing how Californian culture has influenced the couple's conduct.

MEGHAN AND HARRY: THE REAL STORY exposes how the royal couple tried and failed to change the royal system by adapting it to their own needs and ambitions, and, upon failing, how they decided to create a new system altogether.

‘The most sensational book of the year’ Mail on Sunday

‘I admire her; buy her book’ Lynn Barber

‘It was Lady Colin, not Morton who first put [all the revelations about Princess Diana] in print’ The Sunday Times

She lives between London and Castle Goring with her sons and her pets.
Read more
Other Formats:: Audible Audiobook , Hardcover , Paperback
includes tax, if applicable 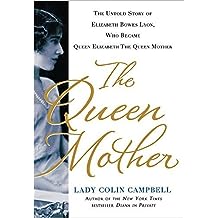 The Untold Story of Queen Elizabeth, Queen Mother 18/08/2016
by Lady Colin Campbell
( 394 )
$9.07
Packed with stunning revelations, this is the inside story of The Queen Mother from the New York Times bestselling author who first revealed the truth about Princess Diana.

Queen Elizabeth The Queen Mother has been called the "most successful queen since Cleopatra." Her personality was so captivating that even her arch-enemy Wallis Simpson wrote about "her legendary charm." Portrayed as a selfless partner to the King in the Oscar-winning movie The King's Speech, The Queen Mother is most often remembered from her later years as the smiling granny with the pastel hats. When she died in 2002, just short of her 102nd birthday, she was praised for a long life well lived.

But there was another side to her story. For the first time, Lady Colin Campbell shows us that the untold life of the Queen Mother is far more fascinating and moving than the official version that has been peddled ever since she became royal in 1923. With unparalleled sources - including members of the Royal Family, aristocrats, and friends and relatives of Elizabeth herself, this mesmerizing account takes us inside the real and sometimes astonishing world of the royal family.
Read more
Other Formats:: Hardcover
includes tax, if applicable 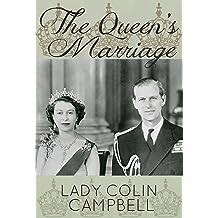 The Queen's Marriage: The behind-the-scenes story of the marriage of HM Queen Elizabeth II and Prince Philip, Duke of Edinburgh 28/06/2018
by Lady Colin Campbell
( 177 )
$9.95
The inside story of The Queen’s Marriage from renowned royal author Lady Colin Campbell, containing previously undisclosed revelations.

In this new book royal historian Lady Colin Campbell covers The Queen’s Marriage in intimate detail. Using her connections and impeccable sources she recounts details of the inside story of the monarch’s relationship with the Duke of Edinburgh and her close family.
Read more
Other Formats:: Hardcover
includes tax, if applicable 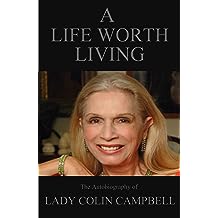 A Life Worth Living 29/06/2016
by Lady Colin Campbell
( 663 )
$9.01
The victim of a rare cosmetic condition, Lady Colin Campbell was wrongly registered and brought up as a boy in an aristocratic family in Jamaica. She enjoyed privileges, but her teenage years were blighted, leaving her unable to receive essential medical treatment until she was 21. She became a model and a designer, and in the 1970s embarked on a short and violent marriage to Lord Colin Campbell.

In this autobiography she writes of a life-long struggle to be accepted as the woman she is. She tells of her formative years in Jamaica and New York, her many love affairs, her connection with members of the Royal Family, her activities as a socialite and international charity organizer, and her current life as the fulfilled mother of two adopted Russian children.
Read more
Other Formats:: Paperback
includes tax, if applicable 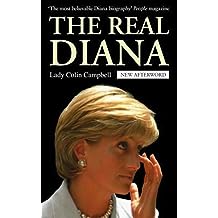 Newly updated in 2013 with an Afterword that reveals Lady Colin's insights into the inquest into Diana's death, the years that have followed, and the birth of Prince George.

ABOUT THE AUTHOR
Lady Colin Campbell is a highly successful and prolific author and has been a prominent and often controversial figure in royal and social circles for many years. She is perhaps best known for her international bestselling book Diana in Private, 1992, and her subsequent extended and revelatory biography of the Princess of Wales, The Real Diana published in 2004. She has written books on the Royal Family, been a long term columnist and appeared numerous times on TV and Radio as an experienced Royal Insider and expert on the British aristocracy. In 1997 she published her autobiography, A Life Worth Living, which was serialised in The Daily Mail.

Born in Jamaica, she spent much of her early adult life in America where she became a model and studied apparel design. She is connected to British royalty through common ancestors such as the Emperor Charlemagne and William the Conqueror as well as, through her marriage, to the uncle of the Duke of Argyll, who is a cousin of the Queen. She has two sons and lives in London.
Read more
Other Formats:: Hardcover , Paperback , MP3 CD
includes tax, if applicable 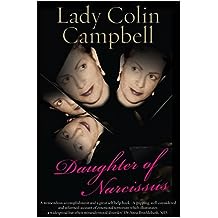 Daughter of Narcissus 29/06/2016
by Lady Colin Campbell
( 163 )
$9.27
Daughter of Narcissus is a stunning analysis by the author of the serious personality disorder of narcissism through her own dysfunctional family, positioned at the heart of international society from the middle of the 20th century to present day. Dr Anna Brocklebank considers it one of the most significant and inspiring books ever written on the subject of narcissism and believes it should become a medical reference book as well as a popular best seller. Departing from her former studies of the Royal Family and the Super Rich, Georgie Campbell turns her intelligence, insight and energy on to her own family's past to reveal the reality beneath serious personality disorders, and the emotional terrorism they engender.The book straddles two conflicting worlds: the white elitism of the British Colonial way of life and the empowerment of the black race post-Independence. It provides an insightful record of why the colonial age had to end, while also giving the reader an insider's view of the political and sociological difficulties that nationhood brought to the inhabitants of the colonies. In doing so, Georgie Campbell paints a vivid picture of the way of life that allowed the narcissistic personality disorder of her mother to flourish. Daughter of Narcissus not only places the disorder of narcissism in its proper sociological context, but it also exposes the shocking behaviour of the disordered personality. It is disarmingly honest and revelatory, a compulsive read - in the words of Dr. Brocklebank, it is "gripping" - a fascinating history of a family who learnt to survive unbelievable misconduct in order to lead purposeful and affirming lives.
Read more
Other Formats:: Paperback
includes tax, if applicable 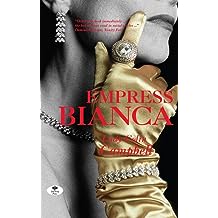 Empress Bianca 29/06/2016
by Lady Colin Campbell
( 50 )
$6.56
Empress Bianca is a window into the lives of the wealthiest people in the world. It chronicles the rise of a young middle-class girl, for whom nothing is quite ever enough, into one of the leaders of international society. Cutting a swathe through social circles and gossip columns from the 1950's through today, Empress Bianca is a tale of charm, intrigue, romance, and cold-blooded murder, keeping readers immersed in a world into which most of us only ever get a glance, providing an opportunity to view international society the way insiders see it.
Read more
Other Formats:: Hardcover , Paperback
includes tax, if applicable
Back to top
Get to Know Us
Make Money with Us
Let Us Help You
And don't forget:
© 1996-2021, Amazon.com, Inc. or its affiliates