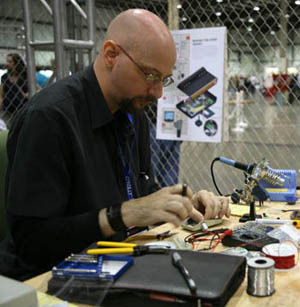 He has covered technology, media, DIY, and cyberculture for Wired, Esquire, the Baltimore Sun, Details, and numerous other publications. He was an editor at Mondo 2000 and Boing Boing (when it was a print zine), founded the personal tech site, StreetTech.com, and worked for MAKE magazine for 8 years, lastly acting as their Editorial Director.

Gareth co-edited The Happy Mutant Handbook (with Boing Boing) and is the author of Jargon Watch: A Pocket Dictionary for the Jitterati, Jamming the Media, The Absolute Beginner's Guide to Building Robots, and Mosaic Quick Tour: Accessing and Navigating the World Wide Web (the first book written about the Web). His most recent book, a collection of his best work, with many new essays, is called Borg Like Me & Other Tales of Art, Eros, and Embedded Systems. The book was crowd-funded and self-published. 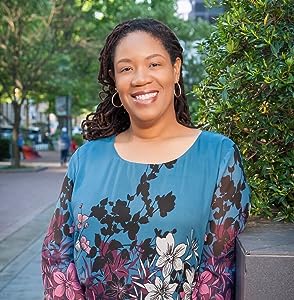 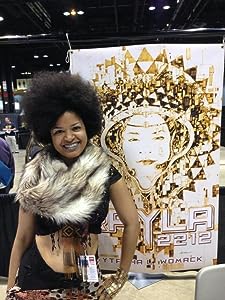 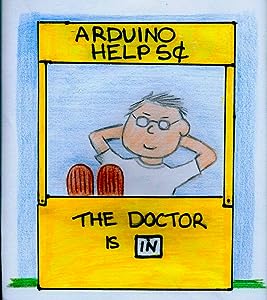 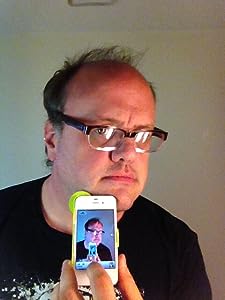 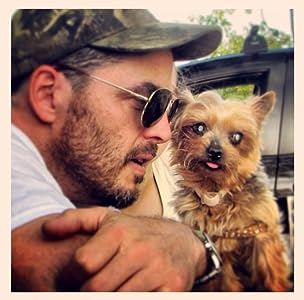 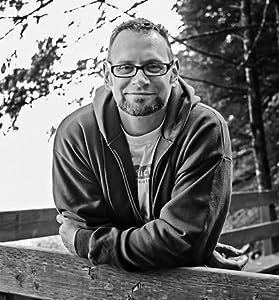 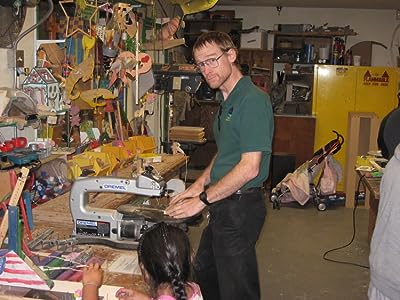 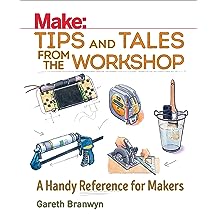 The hard-earned tips and tricks gained by experience are the hidden currency of makers -- passed along in workshops and makerspaces by example and by retelling -- shared wisdom that will help you work smarter, easier, and more efficiently. Who doesn't remember with gratitude the insider secrets they learned from from a parent, shop teacher, or artisan? The best ones are never forgotten!

This benchtop reference collects hundreds of ingenious and indispensable shop tips and pearls of wisdom collected by the editors of Make: and some of the most talented and prolific makers who've contributed to the magazine and Maker Faire over the past decade.

Inside you'll find tips for measuring and cutting, gluing and fastening, clamping and joining, drilling, shop organizing, maintenance and repair, and more. The topics covered run the gamut from traditional shopcraft to electronics and soldering. You'll also encounter fascinating tales from experienced makers whose personal stories illuminate their favorite tools and best discoveries. Illustrated in full color with photos, drawings, and comic strips, Tips and Tales from the Workshop will entertain and enlighten while inspiring you.

Get ready to smack your head and ask yourself, "Why didn't I think of that?"

Praise for Tips and Tales from the Workshop:

"Gareth Branwyn is the Tip Master. He scours the workshops of the world for practical, time-saving, life-altering tips to help you make stuff better, faster, and cheaper. This book rounds up the best ones he knows." --KEVIN KELLY, creator of Cool Tools and Wired Senior Maverick

"Tips and Tales from the Workshop is sure to inspire anyone to get making with newfound ease and satisfaction. This book embodies the spirit of great mentors, across every medium, and imparts a wizard-like cleverness to its readers. I thought I was clever, and this book has already prevented at least a dozen new mistakes in my studio. It's "ah-ha" moment overload!" --BECKY STERN, DIY guru and Instructables content creator

"It must be hard to write a book like this with such uncommon clarity and in so entertaining a fashion as Gareth Branwyn has done here. Gareth clearly has a deep understanding of making and those who make because he is a maker himself. Tips and Tales from the Workshop is jam packed with invaluable information; it is both a fun read and a reliable shop reference for any do-it-yourselfer." --ANDY BIRKEY, YouTube maker 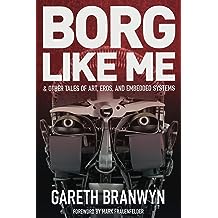 Borg Like Me: & Other Tales of Art, Eros, and Embedded Systems 24/08/2014
by Gareth Branwyn
( 2 )
$10.72
A comprehensive collection of cyberculture pioneer Gareth Branwyn’s best work, Borg Like Me spans a 30-year writing career. The book covers Branwyn’s coming of age in a commune, his involvement in the 90s zine publishing scene, his tenure at influential cyber arts and culture mags Mondo 2000, bOING bOING, Wired, and his eight years at MAKE, spearheading the growing maker movement. Previously published material is woven throughout with Branwyn’s unabashedly honest commentary, personal anecdotes, and original essays.

Read about the smart-druggies behind Mondo 2000, impersonating Billy Idol in cyberspace (for Billy Idol), the making of the iconic early 90s hypermedia book, Beyond Cyberpunk!, and Branwyn going positively Phillip K. Dick after a heart attack and a bad blood transfusion.

Borg Like Me is a smart, passionate, intense trip along the bleeding edges of art, technology, and culture at the turn of the 21st century.
Read more
Other Formats:: Paperback
includes tax, if applicable 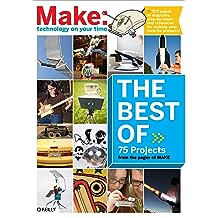 After two years, MAKE has become one of most celebrated new magazines to hit the newsstands, and certainly one of the hottest reads. If you're just catching on to the MAKE phenomenon and wonder what you've missed, this book contains the best DIY projects from the magazine's first ten volumes -- a surefire collection of fun and challenging activities going back to MAKE's launch in early 2005.

Find out why MAKE has attracted a passionate following of tech and DIY enthusiasts worldwide with one million web site visitors and a quarter of a million magazine readers. And why our podcasts consistently rank in the top-25 for computers and technology. With the Best of MAKE, you'll share the curiosity, zeal, and energy of Makers -- the citizen scientists, circuit benders, homemakers, students, automotive enthusiasts, roboticists, software developers, musicians, hackers, hobbyists, and crafters -- through this unique and inspiring assortment of DIY projects chosen by the magazine's editors.

Put together by popular demand, the Best of MAKE is the perfect gift for any maker, including current subscribers who missed early volumes of the magazine. Do you or someone you know have a passion for the magic of tinkering, hacking, and creation? Do you enjoy finding imaginative and unexpected uses for the technology and materials in your life? Then get on board with the Best of MAKE!
Read more
Other Formats:: Paperback
includes tax, if applicable 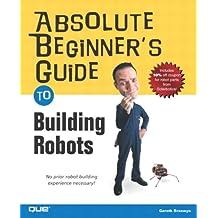 A real-world business book for the explosion of eBay entrepreneurs! Absolute Beginner's Guide to Launching an eBay Business guides you step-by-step through the process of setting up an eBay business, and offers real-world advice on how to run that business on a day-to-day basis and maximize financial success. This book covers determining what kind of business to run, writing an action-oriented business plan, establishing an effective accounting system, setting up a home office, obtaining starting inventory, arranging initial funding, establishing an eBay presence, and arranging for automated post-auction management. 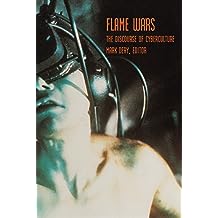 Flame Wars: The Discourse of Cyberculture 27/12/1994
by Mark Dery
( 3 )
$28.43
"Flame Wars," the verbal firefights that take place between disembodied combatants on electronic bulletin boards, remind us that our interaction with the world is increasingly mediated by computers. Bit by digital bit we are being "Borged," as devotees of Star Trek: The Next Generation would have it—transformed into cyborgian hybrids of technology and biology through our ever more frequent interaction with machines, or with one another through technological interfaces.
The subcultural practices of the "incurably informed," to borrow the cyberpunk novelist Pat Cadigan’s coinage, offer a precognitive glimpse of mainstream culture in the near future, when many of us will be part-time residents in virtual communities. Yet, as the essays in this expanded edition of a special issue of the South Atlantic Quarterly confirm, there is more to fringe computer culture than cyberspace. Within these pages, readers will encounter flame warriors; new age mutant ninja hackers; technopagans for whom the computer is an occult engine; and William Gibson’s "Agrippa," a short story on software that can only be read once because it gobbles itself up as soon as the last page is reached. Here, too, is Lady El, an African American cleaning woman reincarnated as an all-powerful cyborg; devotees of on-line swinging, or "compu-sex"; the teleoperated weaponry and amok robots of the mechanical performance art group, Survival Research Laboratories; an interview with Samuel Delany, and more.
Rallying around Fredric Jameson’s call for a cognitive cartography that "seeks to endow the individual subject with some new heightened sense of place in the global system," the contributors to Flame Wars have sketched a corner of that map, an outline for a wiring diagram of a terminally wired world.