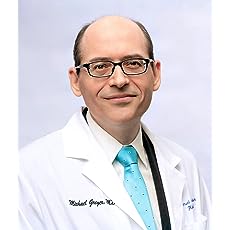 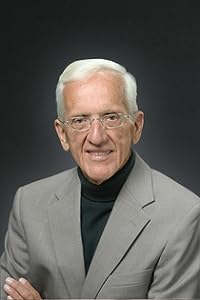 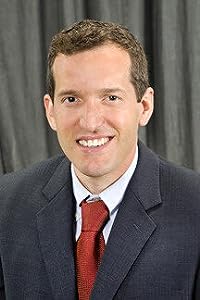 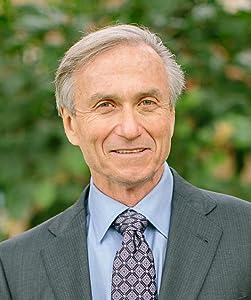 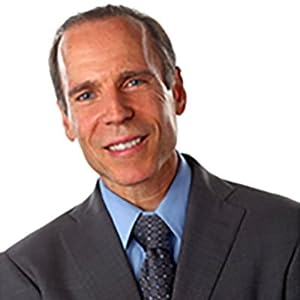 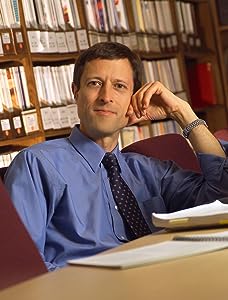 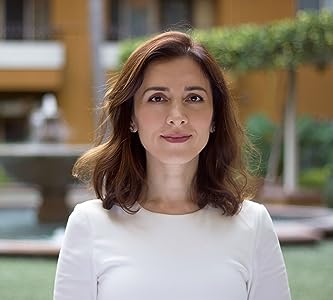 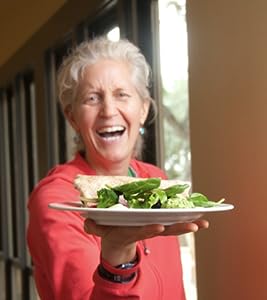 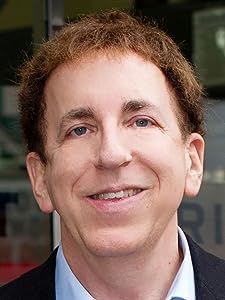 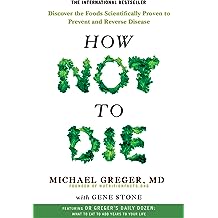 Simple nutritional advice for beating the most common diseases and living longer.

"The primary determinant of our health and well-being is what we eat and how we live. In this extraordinary and empowering book, Dr. Michael Greger explains why. Highly recommended."
Dean Ornish, M.D., author of The Spectrum

Why rely on drugs and surgery to cure you of life-threatening disease when the right decisions can prevent you from falling ill to begin with?

Based on the very latest scientific research, How Not To Die examines each of the most common diseases, chapter by chapter, to reveal what, how and why different foods affect us and how increasing our consumption of certain foods and avoiding others can dramatically reduce our risk of falling sick and even reverse the effects of disease.

PRAISE FOR HOW NOT TO DIE

"Michael Greger shows people how to save their own lives." Rip Esselstyn, author of The Engine 2 Diet

"An absolute rhapsody of informational wisdom on how to achieve a life of health and longevity without disease." Caldwell B. Esselstyn, Jr. M.D., author of Prevent and Reverse Heart Disease

"How Not To Die is one of the most important books on health ever written." John Mackay, CEO of Whole Foods Markets 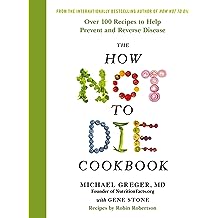 From the author of the international bestseller How Not To Die comes The How Not To Die Cookbook - a lavish, beautifully illustrated cookbook full of delicious recipes based on the groundbreaking nutritional science of the original book.

Dr Michael Greger, founder of the wildly popular website Nutritionfacts.org takes his comprehensive, lifesaving science into the kitchen. Why suffer from disease and ill health when the right food is proven to keep you healthy, and without the side effects of drugs? We can avoid heart disease, cancer and our other biggest killers if we use food as medicine, and the How Not To Die Cookbook offers a sustainable and delicious guide to preparing and eating the foods that will prevent and reverse fatal disease.

Featuring over 100 easy-to-follow, beautifully photographed plant-based recipes, the How Not To Die Cookbook merges cutting edge science with everyday ingredients from the supermarket to help you and your family eat your way to better health and a longer life. 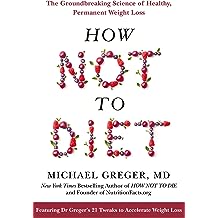 Put an end to dieting and replace weight-loss struggles with this easy approach to a healthy, plant-based lifestyle, from the bestselling author of How Not to Die.

Every month seems to bring a trendy new diet or a new fad to try in order to lose weight - but these diets aren’t making us any happier or healthier. As obesity rates and associated disease and impairments continue to rise, it’s time for a different approach.

How Not to Diet is a treasure trove of buried data and cutting-edge dietary research that Dr Michael Greger has translated into accessible, actionable advice with exciting tools and tricks that will help you to safely lose weight and eliminate unwanted body fat - for good.

Dr Greger, renowned nutrition expert, physician, and founder of nutritionfacts.org, explores the many causes of obesity - from our genes to the portions on our plate to other environmental factors - and the many consequences, from diabetes to cancer to mental health issues. From there, Dr Greger breaks down a variety of approaches to weight loss, honing in on the optimal criteria that enable success, including: a diet high in fibre and water, a diet low in fat, salt, and sugar, and diet full of anti-inflammatory foods.

How Not to Diet then goes beyond food to explore the many other weight-loss accelerators available to us in our body’s systems, revealing how plant-based meals can be eaten at specific times to maximize our bodies’ natural fat-burning activities. Dr Greger provides a clear plan not only for the ultimate weight loss diet, but also the approach we must take to unlock its greatest efficacy. 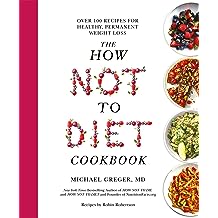 Dr Michael Greger founded the viral website Nutritionfacts.org with the aim to educate the public about what healthy eating looks like and connect everyone with a community through food-related podcasts, videos, and blogs. Since then, Nutritionfacts.org has grown and so has Dr. Greger's platform. How Not to Die and the How Not to Die Cookbook were instant hits, and now he's back with a book about mindful dieting – how to eat well, lose, and keep unwanted weight off in a healthy, accessible way that's not so much a diet as it is a lifestyle.

Greger offers readers delicious yet healthy options that allow them to ditch the idea of 'dieting' altogether. As outlined in his book How Not to Diet, Greger believes that identifying the twenty-one weight-loss accelerators in our bodies and incorporating new, cutting-edge medical discoveries are integral in putting an end to the all-consuming activity of counting calories and getting involved in expensive juice cleanses and Weight Watchers schemes.

The How Not to Diet Cookbook is a revolutionary addition to the cookbook industry: incredibly effective and designed for everyone looking to make changes to their dietary habits to improve their quality of life. 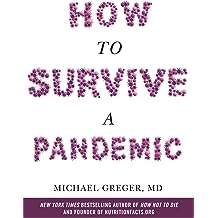 From tuberculosis to bird flu and HIV to coronavirus, these infectious diseases share a common origin story: human interaction with animals. Otherwise known as zoonotic diseases for their passage from animals to humans, these pathogens - both pre-existing ones and those newly identified - emerge and re-emerge throughout history, sparking epidemics and pandemics that have resulted in millions of deaths around the world.

How did these diseases come about? And what - if anything - can we do to stop them and their fatal march into our countries, our homes, and our bodies? In How to Survive a Pandemic, Dr. Michael Greger, physician and internationally-recognized expert on public health issues, delves into the origins of some of the deadliest pathogens the world has ever seen. Tracing their evolution from the past until today, Dr. Greger spotlights emerging flu and coronaviruses as he examines where these pathogens originated, as well as the underlying conditions and significant human role that have exacerbated their lethal influence to large, and even global, levels.

As the world grapples with the devastating impact of the novel coronavirus 2019, Dr. Greger reveals not only what we can do to protect ourselves and our loved ones during a pandemic, but also what human society must rectify to reduce the likelihood of even worse catastrophes in the future. 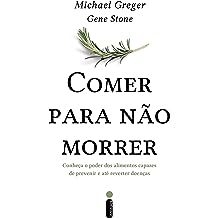 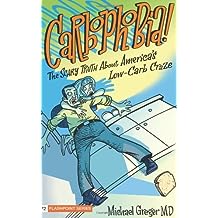 Carbophobia: The Scary Truth about America's Low-Carb Craze: The Scary Truth About America's Low-carb Craze! 01/01/2005
by Michael Greger
( 25 )
$14.67
Everywhere you go these days, it seems, the Atkins "A" can be found. In the first six months of 2004, no fewer than 1,864 new "low-carb" products were launchedeverything from low-carb pasta to low-carb gummy bears. Yet warnings from medical authorities continue to pour in. The American Dietetic Association, the largest organization of food and nutrition professionals in the world, calls the Atkins Diet "a nightmare of a diet," and the American Medical Association has published an official scathing critique. The National Academy of Sciences, the American Cancer Society, the American Heart Association, the Cleveland Clinic, Johns Hopkins University, the American Kidney Fund, the American College of Sports Medicine, and the National Institutes of Health all oppose the Atkins Diet. In fact, there does not seem to be a single major governmental or nonprofit medical, nutrition, or science-based organization in the world that supports it. How then has the Atkins Corporation managed to mislead millions of people onto its diet?

In the first book of its kind, Dr. Michael Greger draws together decades of research exposing the dangerous truth behind the low-carb lies. Carbophobia decisively debunks the purported "science" behind the low-carb claims, documents just how ineffective the Atkins Diet and other low-carb plans have been in producing sustainable weight loss, and lists the known hazards inherent to the diet. This is not a case of academic "he said/she said." This is a case of a multibillion-dollar corporation with a financial stake in ignoring all the current evidence-based dietary recommendations no matter what the human cost.
Read more
Other Formats:: Paperback
includes tax, if applicable 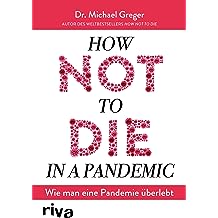 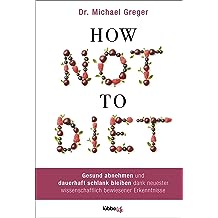 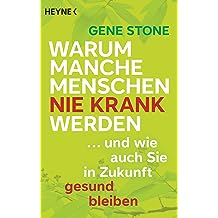