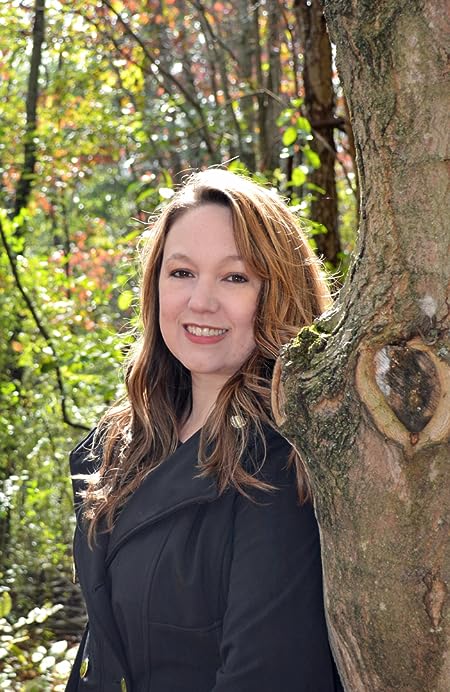 Julie Anne Lindsey is an award-winning and bestselling author of mystery and romantic suspense. She’s published more than forty novels since her debut in 2013 and currently writes series as herself, as well as under the pen names, Bree Baker, Jacqueline Frost and Julie Chase. When she's not creating new worlds and fostering the epic loves of fictional characters, Julie can be found hanging out with her family in Northeastern Ohio or plotting with her shamelessly enabling friends. Today she hopes to make someone smile. One day she plans to change the world. Learn more about Julie at julieannelindsey.com 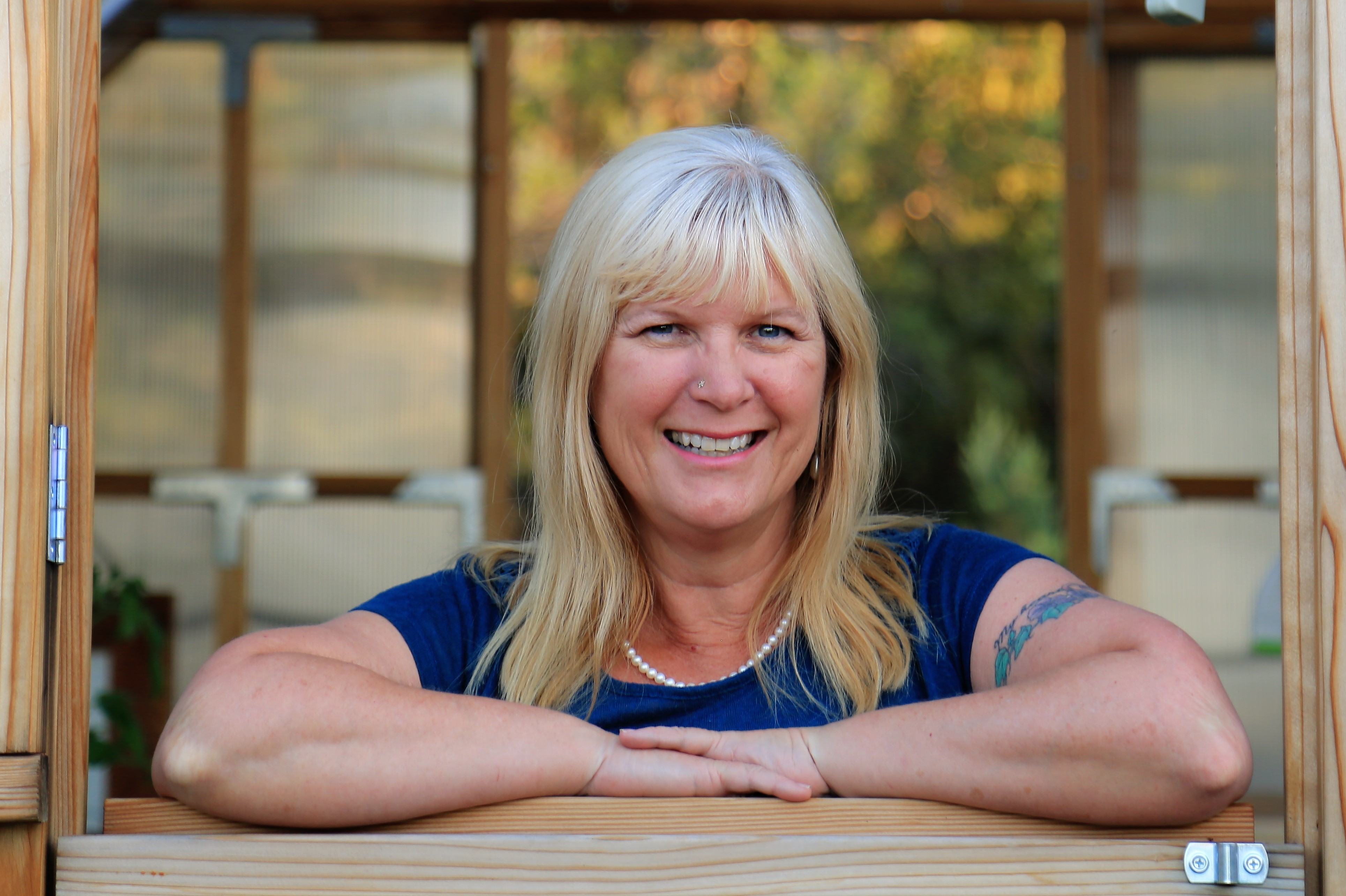 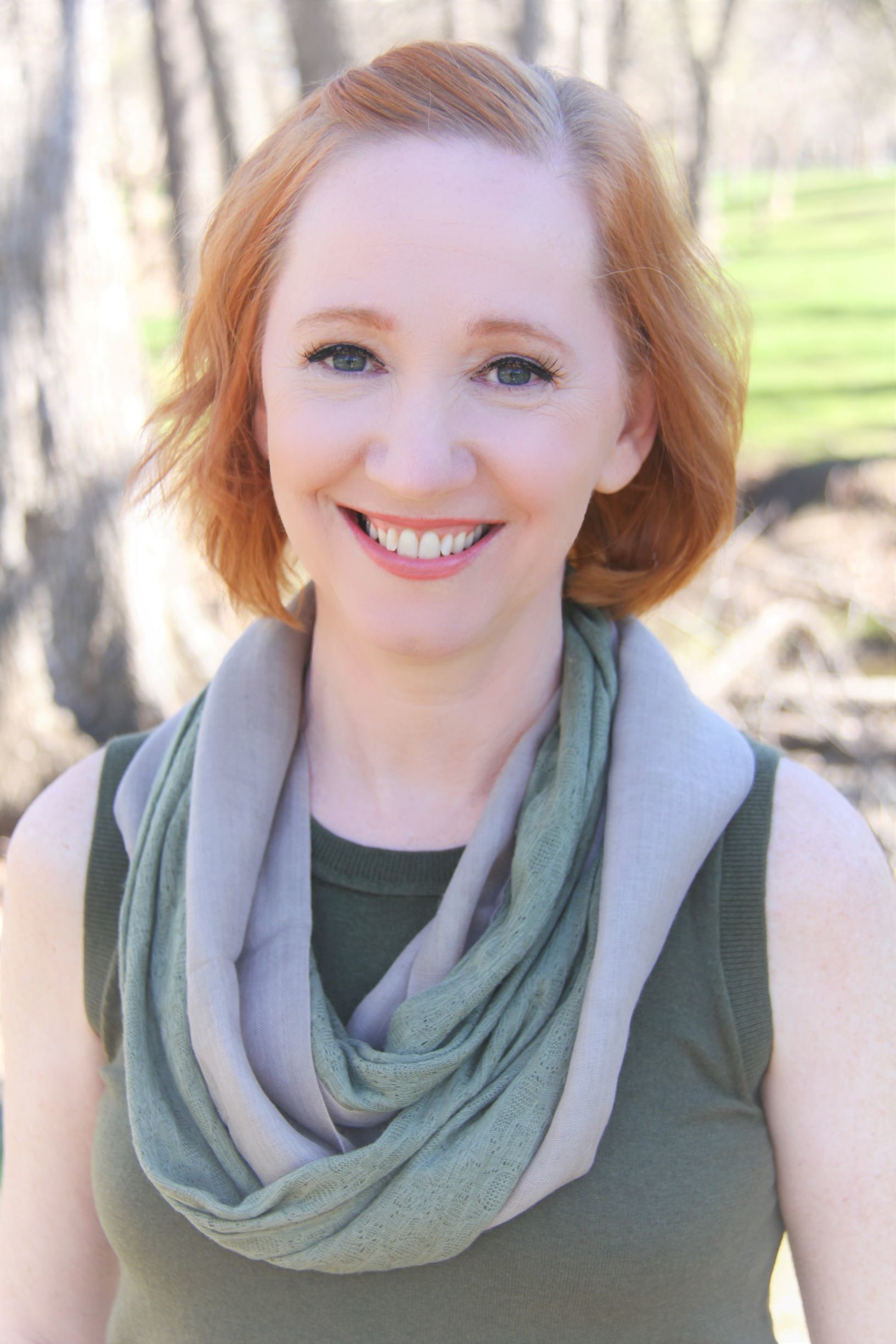 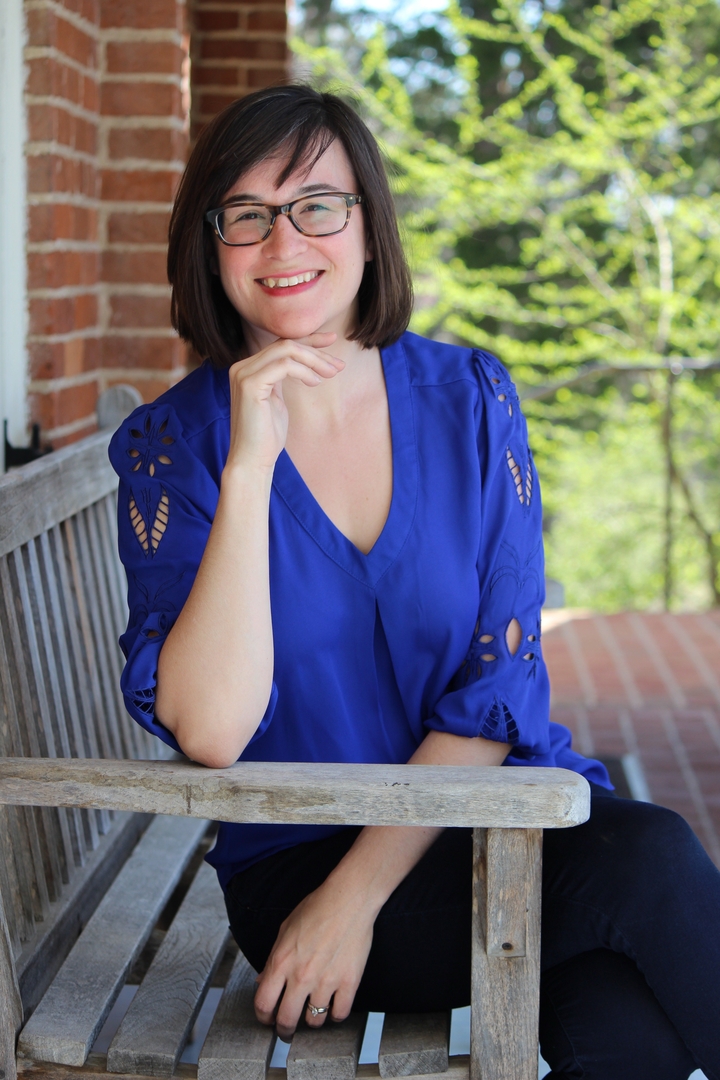 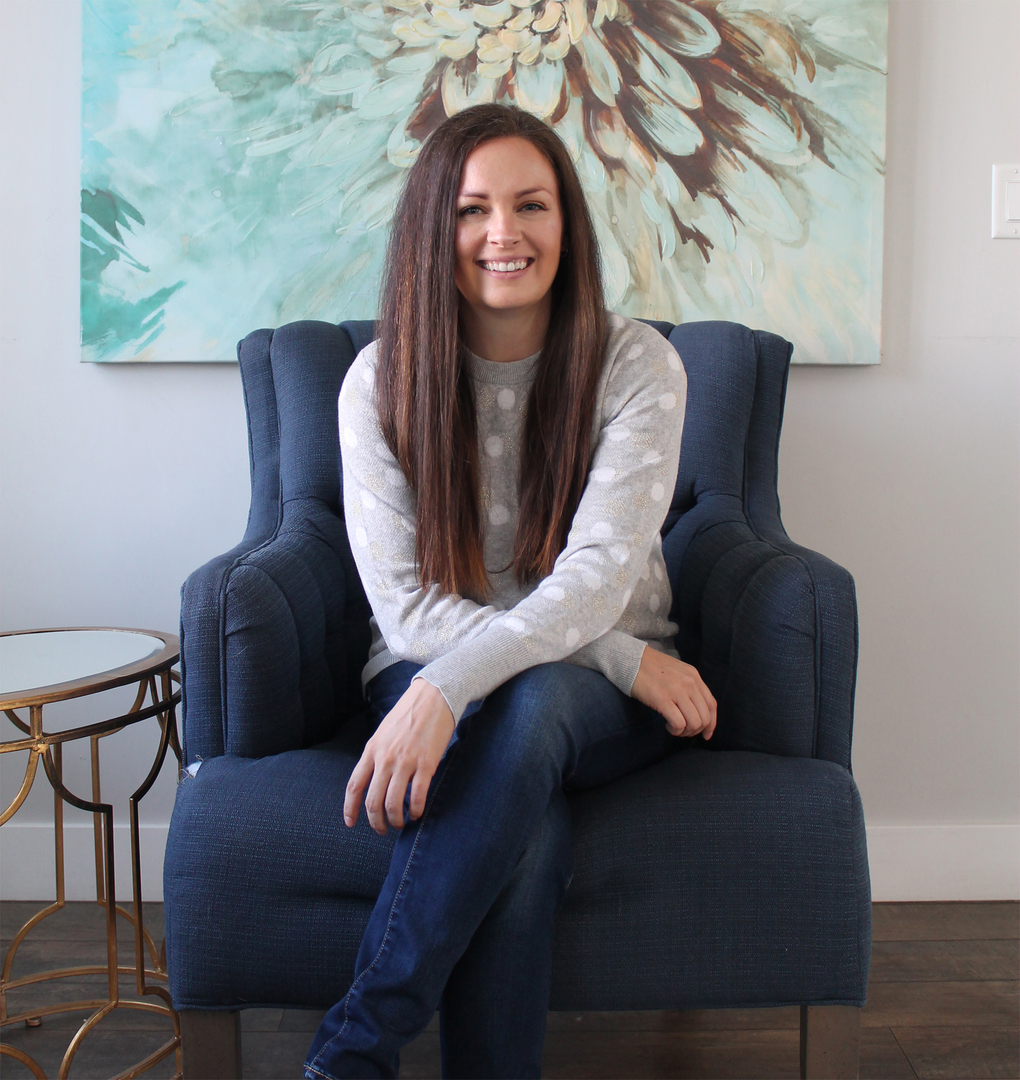 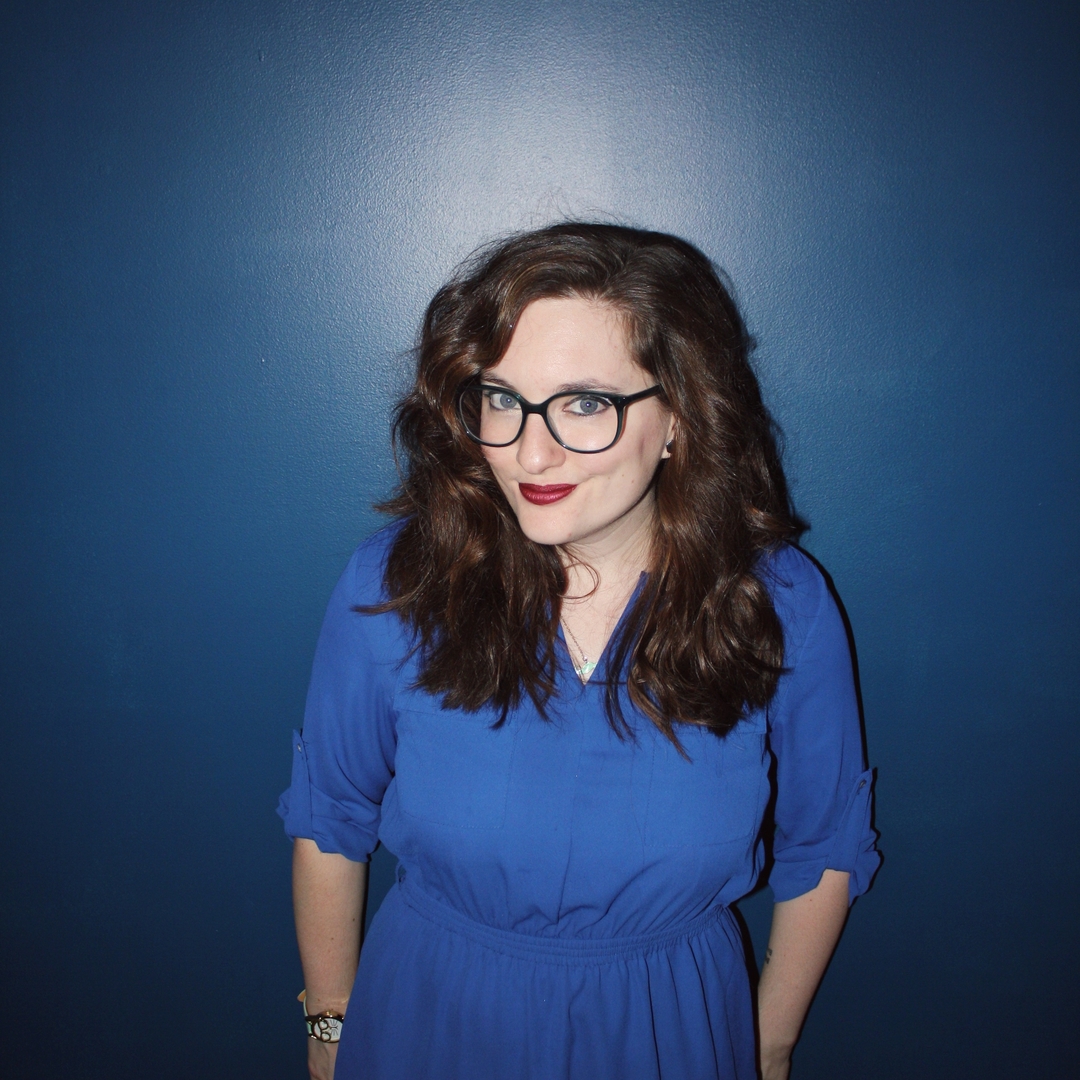 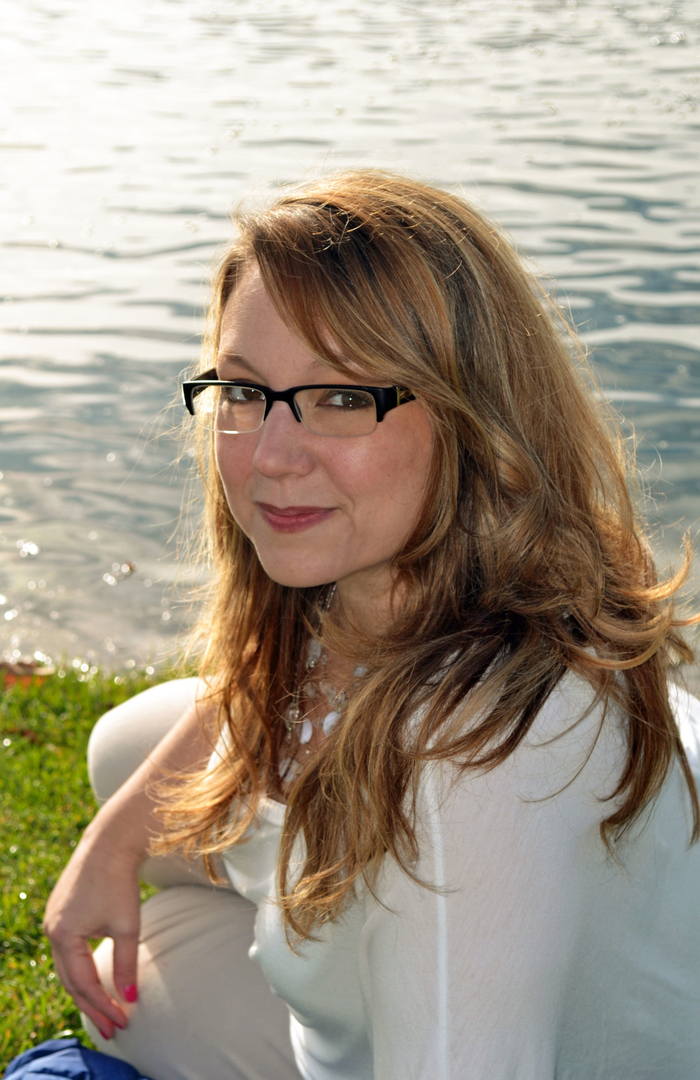 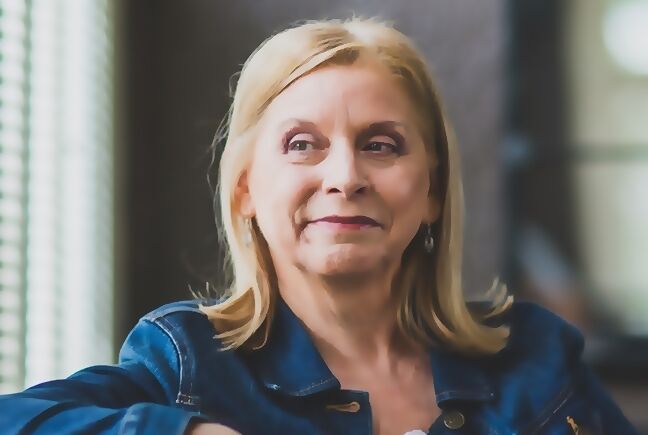 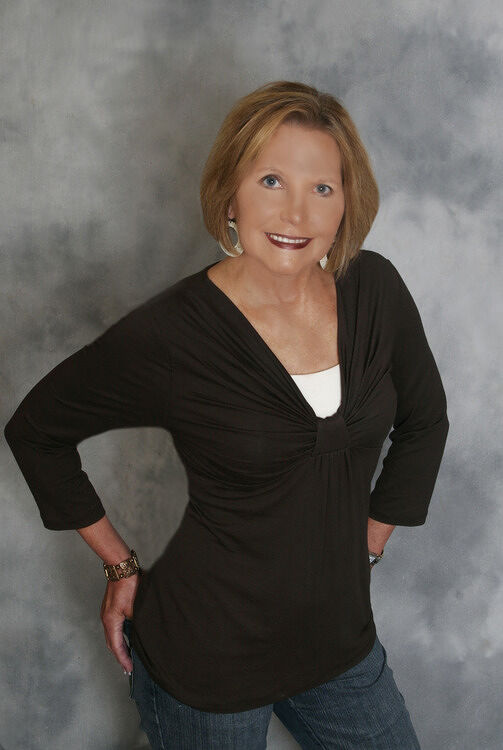 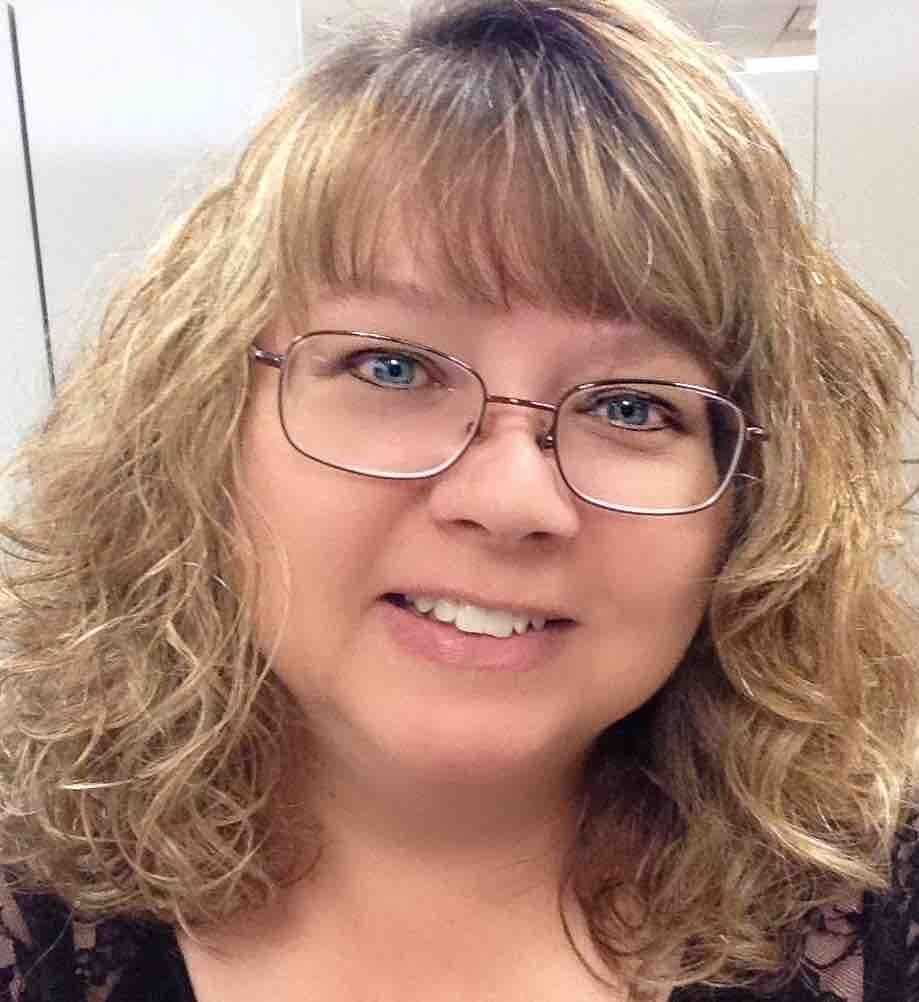 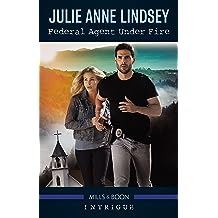 She'd fought for her life, but the terror continues.

For five years FBI agent Blake Garrett has fixated on a serial–killer case. Now the madman has attacked Marissa Lane. She escaped with her life…and some clues that could help Blake. Yet she is still the object of the killer's obsession. And Blake is torn between the unquenching need to catch his prey and a deep desire to protect the woman he can't possibly keep. 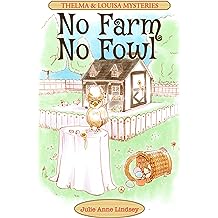 Polish chicken breeder Louisa Eggers and her beloved hen, Thelma, are enjoying life sunny side up in their earthy cottagecore community of Meadowbrook. Friends and neighbors can’t get enough of Louisa’s special breakfast recipes, and she has high hopes of feathering her nest with income from the budding egg enterprise.

But when a local naysayer, seemingly determined to bring bad press to Louisa’s community, lifestyle, and café is found dead with a belly full of her quiche, and the coroner crows murder, all eyes turn to Louisa for an explanation.

To save their business and reputation, Thelma and Louisa lay a plan to find the killer. Can they crack this case before it’s too late? Or will they find themselves in a heaping helping of trouble?
Read more
Other Formats:: Paperback
includes tax, if applicable 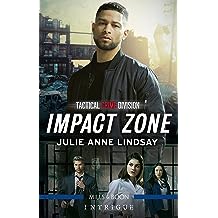 When Grand Rapids falls victim to a serial bomber, the Tactical Crime Division launches into action.

Veteran TCD special agent Max McRay is the definition of unflappable. But when a serial bomber wreaks havoc in the town where his ex-wife, Allie, and infant son live, suddenly a high-profile case becomes personal. The bomber is ruthless...and now Max’s family is in his sights. Can the TCD stop this killer’s deadly rampage before Max and Allie pay with their lives? 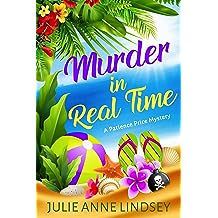 When a reality show brings chaos to the island, including a slew of fans, pack of ghost hunters, and parade of food trucks, Patience is sure she’ll never sleep again. She’s looking for solace in the fact the food is good and the fall birders are gone, but news of another local murder quickly tarnishes the silver lining.

Two D-list celebrities are dead at a local B&B, in the room most frequented by her federal agent boyfriend, Sebastian.

Now Patience is on the case, worried the killer might’ve been gunning for him instead.

Unfortunately, her suspect list grows nearly as fast as the number of threats against her. Can she find the killer before he calls cut? 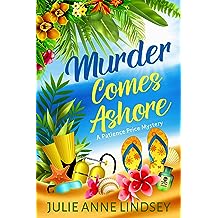 Life is improving for Patience following her return to Pony Island. She’s making headway as a concierge counselor, to cautious clients, in a town too small for discretion, and she’s even managing to ignore her ex-boyfriend’s shameless charm and flirtation. Mostly.

But she’s barely recovered from her recent run-in with a killer when body parts begin washing up on the beach, and her parents are named as suspects!

Now, Patience is diving deep into a personal investigation with the help of Sebastian, her current crush and federal agent. And her pesky ex-boyfriend, Adrian, is never far behind. He’s hoping to crack the case and gain favor in the upcoming mayoral election.

Can Patience find the answers she needs before the killer finds her? Or will she be the next to wash ashore? 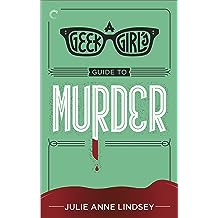 IT manager Mia Connors is up to her tortoiseshell glasses in technical drama when a glitch in the Horseshoe Falls email system disrupts security and sends errant messages to residents of the gated community. The snafu’s timing couldn’t be worse—Renaissance Faire season is in full swing and Mia’s family’s business relies on her presence.

Mia doesn’t have time to hunt down a computer hacker. Her best friend has disappeared, and she finds another of her friends murdered—in her office. When the hunky new head of Horseshoe Falls security identifies Mia as the prime suspect, her anxiety level registers on the Richter scale.

Eager to clear her name, Mia moves into action to locate her missing buddy and find out who killed their friend. But her quick tongue gets her into trouble with more than the new head of security. When Mia begins receiving threats, the killer makes it clear that he's closer than she’d ever imagined. 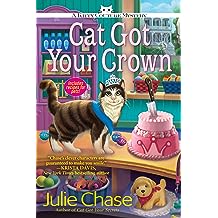 With a pet pageant around the corner and a killer unleashed, Lacy will have to collar the culprit before the claws come out.

Lacy Marie Crocker can hardly believe it’s been a year since her return home to New Orleans. There hasn’t been a dull moment since opening her pet boutique last summer, and thanks to the popularity of Lacy’s organic pet treats, and the arrival of the National Pet Pageant, Lacy desperately needs some help before she is overrun by the demand for pupcakes and crinolines.

The entire Garden District seems to be counting the minutes until opening night of the pet pageant and everything is going spectacularly until Viktor Petrov, the pageant emcee takes a spill from the balcony during dress rehearsal. All signs points to murder and homicide detective Jack Oliver sets his eyes on Eva Little, one of Lacy’s committee sisters and the only other person on the balcony at the time of the fall, as the killer. But when it comes out that Viktor was notoriously rude, the doors blow wide open with potential suspects who could’ve wanted him dead. 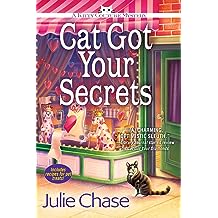 Cat Got Your Secrets (A Kitty Couture Mystery Book 3) 12/09/2017
by Julie Chase
( 42 )
$15.48
A deadly cat-and-mouse game becomes a family affair in this delightfully funny cozy mystery for “all those feline fanciers who love to read Rita Mae Brown” (Suspense Magazine)

Lacy Marie Crocker has settled into a comfortable groove back home in New Orleans, and with Valentine’s Day right around the corner, she’s busier than ever running a thriving pet boutique, helping her mother organize the upcoming National Pet Pageant, and untangling her complicated love life. But when delivering a king-sized order of dreidel-shaped doggy biscuits for a Saint Berdoodle’s bark-mitzvah, Lacy stumbles into yet another murder scene—and the last person to see the victim alive was her own father.

It’s up to Lacy to clear her dad’s name from the suspect list before Detective Jack Oliver has to cage him for good. But just when she starts pawing at the truth, she receives a threatening letter from a mysterious blackmailer bent on silencing her with her own secrets. And Lacy’s not the only one with bones in her closet. 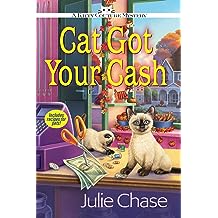 Lacy Marie Crocker’s whimsical pet couture has gained a following in New Orleans’ cozy Garden District, and word of mouth has traveled all the way to her favorite fashion designer, Annie Lane. Lacy’s thrilled when Annie schedules a private session at her home to discuss a companion line for her evening wear, but when Lacy arrives for the appointment, she enters the kitchen to two mewling Siamese cats—and one very dead Annie.

Lacy takes the kittens home to care for them until they can be properly claimed by Annie’s family or friends, but after a busy day of work, she returns home to find them missing. And when Lacy learns the cats are set to inherit Annie’s fortune, she begins to wonder if the killer was after the kittens all along. Now Lacy will stop at nothing to save the Siamese and find justice for Annie—if the killer doesn’t sink his claws into her first. 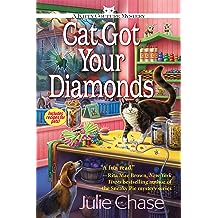 Cat Got Your Diamonds (A Kitty Couture Mystery Book 1) 08/11/2016
by Julie Chase
( 179 )
$15.84
Witty and whimsical, this first installment of a pet cozy mystery series will be the cat's meow for fans of Rita Mae Brown and Miranda James

Grandeur and opulence are everything in the famed New Orleans Garden District where pets are family and no bling is too big. Opening Furry Godmother, pet boutique and organic treat bakery, is Lacy Marie Crocker's dream come true—until the glitter gun used to make her Shih Tzu tutus becomes a murder weapon. And Lacy becomes public enemy #1.

Now Detective Jack Oliver is hounding Lacy, and her Furry Godmother investor wants out before his name is tarnished by association. To make matters worse, a string of jewel heists with suspicious ties to the murder case has New Orleans residents on edge. To save her dream, Lacy must take a stand, put her keen eyes to work, and unravel what really happened at her shop that night. But can Lacy sniff out the killer cat burglar in time to get her tail-raising designs on the catwalk?
Read more
Other Formats:: Audible Audiobook , Hardcover , Paperback , MP3 CD
includes tax, if applicable 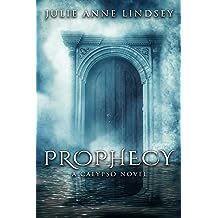 Campfire stories about the mysterious Hale Manor have crept into every nightmare Callie Ingram’s ever had, and thanks to a recent move, the manor now stands only a cornfield away from her bedroom window. When the Hale family returns to town for the first time since the Great Depression, Callie vows to steer clear of every member. Even when the family’s sons show up at her school. Even when they’re in her classes. Even if they’re too impossibly attractive to be real.
But when several local girls go missing, and Callie’s attacked at a party, she soon discovers the Hale family secret is far more disturbing than any ghost story.

The Hales are descendants of the gods. They’re in town at the direction of The Fates, purposed with finding the soul who will lead the battle-driven demigods known as Vikings. And the Hales believe Callie’s best friend, Justin, is marked for the transformation.

Now Callie’s caught up in a world she barely understands and falling fast for Liam Hale. She’s determined to protect her best friend while putting the remaining clues together as fast as her human mind can manage. What she discovers has the power to rewrite their destiny.
Read more
Other Formats:: Paperback
includes tax, if applicable 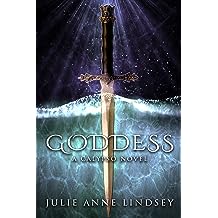 Goddess (Calypso Book 2) 15/03/2022
by Julie Anne Lindsey
( 3 )
$6.99
Callie Ingram’s senior year just got infinitely more complicated. Two weeks ago, she was wholly focused on a swim scholarship. Now, she’s got a gorgeous new boyfriend, who also happens to be a demigod, she’s learning mythological history to make sense of her suddenly upended world, and a promise made to Zeus has her town infested with frost giants.

To make matters worse, an unfortunate new prophecy puts her future with Liam at risk, and uniting warring Viking clans against the giants could prove impossible. But if the Vikings fail, everything she risked her life for will be destroyed...and her best friend will die.

Failing Zeus isn’t an option. Now Callie’s got the fate of the world, and her heart in her hands
Read more
Other Formats:: Paperback
includes tax, if applicable
Back to top
Get to Know Us
Make Money with Us
Let Us Help You
And don't forget:
© 1996-2022, Amazon.com, Inc. or its affiliates