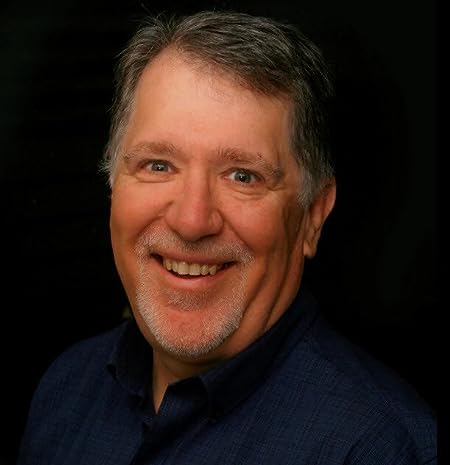 Chet Hosmer is an assistant professor of practice at the University of Arizona. He is the Founder and Technical Author at Python Forensics, Inc. a non-profit organization focused on the collaborative development of open source investigative technologies using the Python programming language.

Chet is the author of the following Syngress Titles:

Integrating Python with Leading Computer Forensic Platforms: ISBN-13: 978-0128099490 takes a definitive look at how and why the integration of Python advances the field of digital forensics. In addition, the book includes practical, never seen Python examples that can be immediately put to use.

Executing Windows Command Line Investigations: co-authored with Joshua Bartolomie and Rosanne Pelli. ISBN-13: 978-0128092682 targets the needs of cyber security practitioners who focus on digital forensics and incident response. These are the individuals who are ultimately responsible for executing critical tasks such as incident response; forensic analysis and triage; damage assessments; espionage or other criminal investigations; malware analysis; and responding to human resource violations. 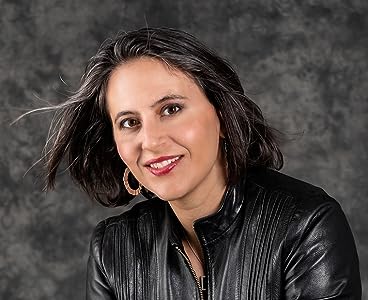 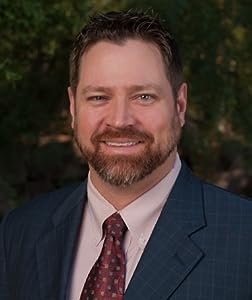 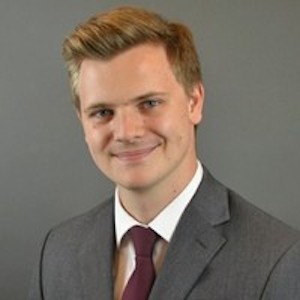 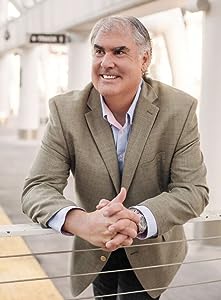 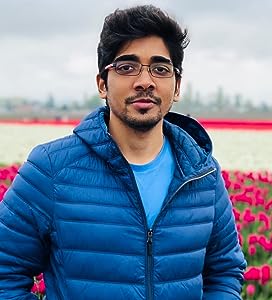 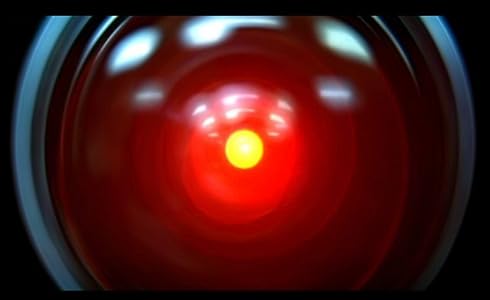 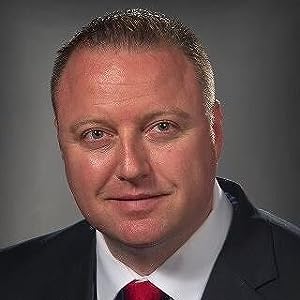 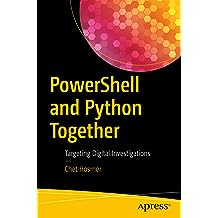 PowerShell and Python Together: Targeting Digital Investigations 30/03/2019
by Chet Hosmer
( 25 )
$44.46
Bring together the Python programming language and Microsoft’s PowerShell to address digital investigations and create state-of-the-art solutions for administrators, IT personnel, cyber response teams, and forensic investigators.
You will learn how to join PowerShell's robust set of commands and access to the internals of both the MS Windows desktop and enterprise devices and Python's rich scripting environment allowing for the rapid development of new tools for investigation, automation, and deep analysis.
PowerShell and Python Together takes a practical approach that provides an entry point and level playing field for a wide range of individuals, small companies, researchers, academics, students, and hobbyists to participate.


Who This Book Is For 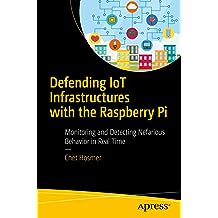 Defending IoT Infrastructures with the Raspberry Pi: Monitoring and Detecting Nefarious Behavior in Real Time 03/07/2018
by Chet Hosmer
( 2 )
$35.00
Apply a methodology and practical solutions for monitoring the behavior of the Internet of Things (IoT), industrial control systems (ICS), and other critical network devices with the inexpensive Raspberry Pi. With this book, you will master passive monitoring and detection of aberrant behavior, and learn how to generate early indications and warning of attacks targeting IoT, ICS, and other critical network resources.

There are several books that cover IoT, IoT security, Raspberry Pi, and Python separately, but this book is the first of its kind to put them all together. It takes a practical approach, providing an entry point and level playing field for a wide range of individuals, small companies, researchers, academics, students, and hobbyists to participate.

Who This Book Is For 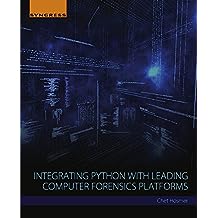 Integrating Python with Leading Computer Forensic Platforms takes a definitive look at how and why the integration of Python advances the field of digital forensics. In addition, the book includes practical, never seen Python examples that can be immediately put to use. Noted author Chet Hosmer demonstrates how to extend four key Forensic Platforms using Python, including EnCase by Guidance Software, MPE+ by AccessData, The Open Source Autopsy/SleuthKit by Brian Carrier and WetStone Technologies, and Live Acquisition and Triage Tool US-LATT. This book is for practitioners, forensic investigators, educators, students, private investigators, or anyone advancing digital forensics for investigating cybercrime.

Additionally, the open source availability of the examples allows for sharing and growth within the industry. This book is the first to provide details on how to directly integrate Python into key forensic platforms. 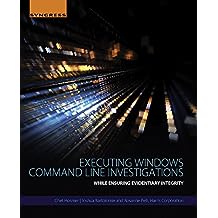 The book Executing Windows Command Line Investigations targets the needs of cyber security practitioners who focus on digital forensics and incident response. These are the individuals who are ultimately responsible for executing critical tasks such as incident response; forensic analysis and triage; damage assessments; espionage or other criminal investigations; malware analysis; and responding to human resource violations.

The authors lead readers through the importance of Windows CLI, as well as optimal configuration and usage. Readers will then learn the importance of maintaining evidentiary integrity, evidence volatility, and gain appropriate insight into methodologies that limit the potential of inadvertently destroying or otherwise altering evidence. Next, readers will be given an overview on how to use the proprietary software that accompanies the book as a download from the companion website. This software, called Proactive Incident Response Command Shell (PIRCS), developed by Harris Corporation provides an interface similar to that of a Windows CLI that automates evidentiary chain of custody and reduces human error and documentation gaps during incident response. 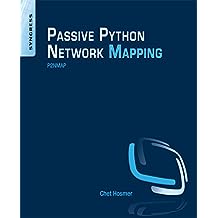 The "Heartbleed" vulnerability has revealed significant weaknesses within enterprise environments related to the lack of a definitive mapping of network assets. In Python Passive Network Mapping, Chet Hosmer shows you how to effectively and definitively passively map networks. Active or probing methods to network mapping have traditionally been used, but they have many drawbacks - they can disrupt operations, crash systems, and - most importantly - miss critical nefarious activity. You require an accurate picture of the environments you protect and operate in order to rapidly investigate, mitigate, and then recover from these new attack vectors. This book gives you a deep understanding of new innovations to passive network mapping, while delivering open source Python-based tools that can be put into practice immediately.

Python Passive Network Mapping is for practitioners, forensic investigators, IT teams, and individuals who work together when performing incident response and investigating potential damage, or are examining the impacts of new malware threats. Those defending critical infrastructures will have a special interest in this book, as active or probing methods of network mapping are rarely used within these environments as any resulting impacts can be disastrous. Python Passive Network Mapping is ideally suited for use as a text in a variety of academic programs to expose and engage students in the art of passively mapping enterprise networks, with the added benefit of providing exposure to open source Python solutions. 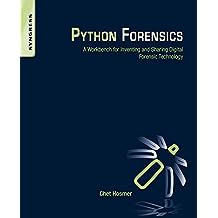 Python Forensics provides many never-before-published proven forensic modules, libraries, and solutions that can be used right out of the box. In addition, detailed instruction and documentation provided with the code samples will allow even novice Python programmers to add their own unique twists or use the models presented to build new solutions.

Rapid development of new cybercrime investigation tools is an essential ingredient in virtually every case and environment. Whether you are performing post-mortem investigation, executing live triage, extracting evidence from mobile devices or cloud services, or you are collecting and processing evidence from a network, Python forensic implementations can fill in the gaps.

Drawing upon years of practical experience and using numerous examples and illustrative code samples, author Chet Hosmer discusses how to: 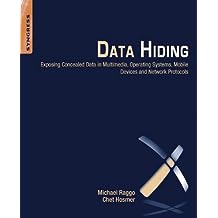 As data hiding detection and forensic techniques have matured, people are creating more advanced stealth methods for spying, corporate espionage, terrorism, and cyber warfare all to avoid detection. Data Hiding provides an exploration into the present day and next generation of tools and techniques used in covert communications, advanced malware methods and data concealment tactics. The hiding techniques outlined include the latest technologies including mobile devices, multimedia, virtualization and others. These concepts provide corporate, goverment and military personnel with the knowledge to investigate and defend against insider threats, spy techniques, espionage, advanced malware and secret communications. By understanding the plethora of threats, you will gain an understanding of the methods to defend oneself from these threats through detection, investigation, mitigation and prevention. 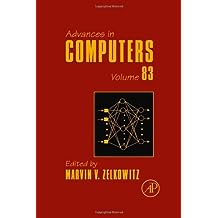 Since its first volume in 1960, Advances in Computers has presented detailed coverage of innovations in computer hardware, software, theory, design, and applications. It has also provided contributors with a medium in which they can explore their subjects in greater depth and breadth than journal articles usually allow. As a result, many articles have become standard references that continue to be of sugnificant, lasting value in this rapidly expanding field.