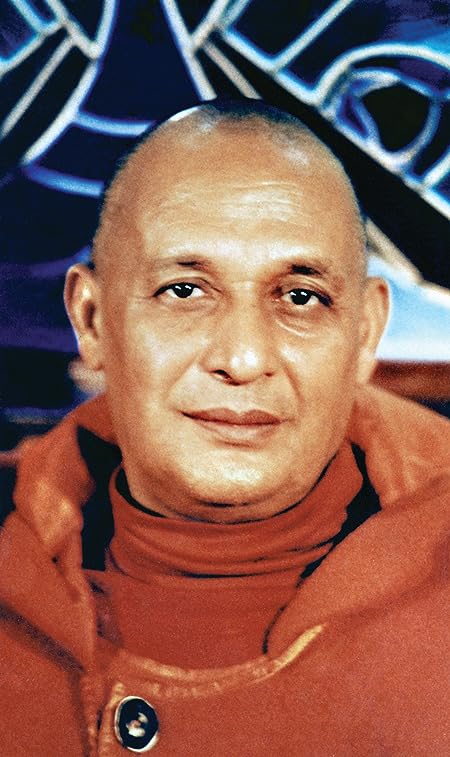 Swami Satyananda was born in Almora (Uttaranchal) in 1923. Drawn to spiritual life from an early age, he left home at the age of eighteen, and in 1943 surrendered himself to Swami Sivananda in Rishikesh who initiated him into Dashnami sannyasa in 1947. He served his guru for twelve years, perfecting every aspect of spiritual life. Thereafter, he travelled through­ out the Indian subcontinent as a wandering ascetic.

Realizing the need of the times as scientific rendition of the ancient system of yoga, he founded the International Yoga Fellowship in 1956 and the Bihar School of Yoga in 1963. During the next twenty years, Swami Satyananda hoisted the flag of yoga in every corner of the world, consolidated BSY into a foremost institution of yoga, and authored over eighty major texts on yoga, tantra and spiritual life.

‘Satyananda Yoga’ became a tradition which combines classical knowledge with experiential understanding and a modern outlook. In 1984 he founded the Yoga Research Foundation to synchronize scientific research and yoga, and Sivananda Math to assist the underprivileged. In 1988, at the peak of his achievements, he renounced everything and adopted kshetra sannyasa, living as a paramahamsa ascetic. In 1989 Rikhia was revealed to him, where he came to live and performed higher vedic sadhanas in seclusion. Receiving the command to provide for his neighbours in 1991, he allowed the ashram to help the underprivileged villages in the region. From 1995 onwards, he performed a twelve­year Rajasooya Yajna with the sankalpa of peace, plenty and prosperity for all, and in 2007 he announced the establishment of Rikhiapeeth with its mandate to ‘serve, love, give’.

Swami Satyananda attained mahasamadhi, a yogic accomplishment of discarding the body at will to become one with the universal consciousness, in 2009, in the presence of his disciples. 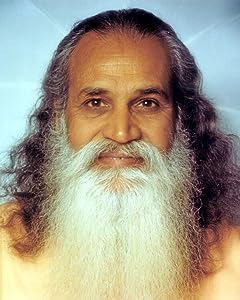 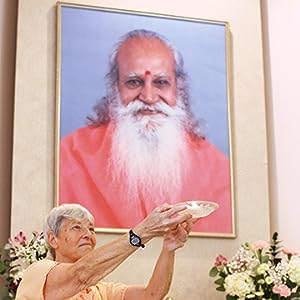 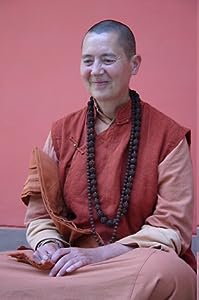 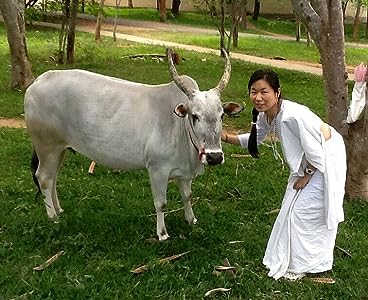 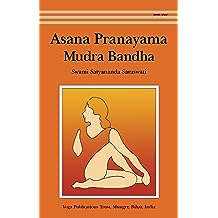 Asana Pranayama Mudra Bandha 09/11/2015
by Swami Satyananda Saraswati
( 1,813 )
$11.99
Asana Pranayama Mudra Bandha is recognized internationally as one of the most systematic yoga manuals available today. Since its first publication by the Bihar School of Yoga in 1969, it has been reprinted 21 times and translated into many languages. It is the main reference text used by yoga teachers and students of BIHAR YOGA® within the International Yoga Fellowship Movement, and many other traditions as well.

This comprehensive text provides clear illustrations, step by step directions and details of chakra awareness. It guides the practitioner or teacher from the simplest to the most advanced practices of the hatha yoga system. This book successfully brings the exposition of yoga practices to the standard of a university text.
Read more
Other Formats:: Paperback
includes tax, if applicable 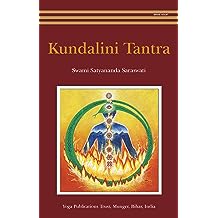 Kundalini Tantra 06/05/2016
by Swami Satyananda Saraswati
( 54 )
$11.99
Kundalini Tantra is Swami Satyananda Saraswati’s seminal work on kundalini, chakras and kriya yoga. Defining and explaining kundalini, this book provides a detailed account of kundalini awakening, including the signs and effects of such experiences and ways to both elicit and manage them.
The book contains a comprehensive description of each chakra and the significance of the chakras in tantric and yogic practice. Techniques are given to balance each centre for greater harmony in mind, body and spirit, and in preparation for the rising of kundalini shakti. The 20 kriyas and their preparatory practices are fully elucidated.
Includes colour plates, diagrams and charts.
Read more
includes tax, if applicable 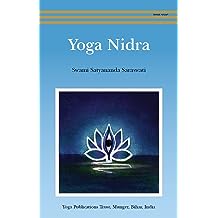 Yoga Nidra 13/01/2016
by Swami Satyananda Saraswati
( 79 )
$11.99
“Satyananda Yoga Nidra™ is a simple yet profound technique adapted by Swami Satyananda Saraswati from the traditional tantric practice of nyasa. This text explains the theory of yoga nidra in both yogic and scientific terms and includes class transcriptions of the practice. It also presents the various applications of this versatile technique, which has been used for deep relaxation, in stress management and therapy, to enhance the learning process in education, to harmonize the deeper unconscious and awaken inner potential, and as a meditative technique. A research section is also included.
This systematic method of inducing complete mental, emotional and physical relaxation is suitable for all practitioners.”
Read more
Other Formats:: Paperback
includes tax, if applicable 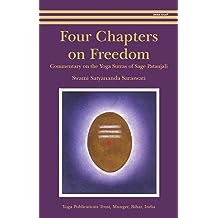 Four Chapters on Freedom: Commentary on the Yoga Sutras of Sage Patanjali 05/07/2016
by Swami Satyananda Saraswati
( 26 )
$11.99
The Yoga Sutras of Sage Patanjali is an ancient classical text which succinctly presents the profound teachings of raja yoga in 196 concise sutras or threads. Four Chapters on Freedom is a commentary by Swami Satyananda Saraswati in which he unravels the meaning of the Sutras, verse by verse. Every word of each sutra is significant, and a deep understanding of Sanskrit, as well as the insight of an enlightened master, is needed to interpret them for the modern reader.
Four Chapters on Freedom is a light to guide serious yogic aspirants and spiritual seekers on the eternal path of raja yoga. It includes the Sanskrit text, transliteration and translation of the sutras.
Read more
includes tax, if applicable 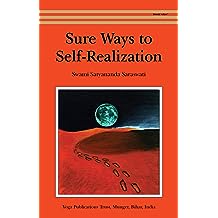 Sure Ways to Self-Realization 14/09/2016
by Swami Satyananda Saraswati
( 61 )
$11.99
Sure Ways to Self-Realization is a practical and informative text on systems of meditation from cultures all over the world. To assist today’s seekers to find a suitable path back to the source, the real self, and to find stability of mind in a rapidly changing world, Swami Satyananda Saraswati describes the path of meditation, the obstacles confronting the practitioner and the means to overcome them.
Both theory and practical instructions for a vast range of age-old meditation practices are presented, including yogic techniques such as antar mouna, yoga nidra and ajapa japa, as well as meditations from ancient Egypt and Greece, the Celtic and Taoist traditions, Tibetan and Zen Buddhism, Sufism and alchemy. Moving meditations as well as meditation techniques for children and for the dying are included.
Sure Ways to Self-Realization is suitable for all levels from beginners to advanced and is an ideal reference book for yoga teachers.
Read more
Other Formats:: Paperback
includes tax, if applicable 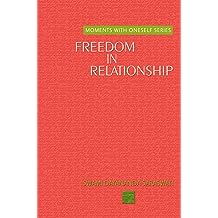 Freedom in Relationship (Moments with Oneself Book 13) 08/05/2019
by Swami Dayananda Saraswati
( 6 )
$3.99
"A relationship is built only by relating and it involves understanding. When you understand your own limitations, your mind and everything about it is very clear to you, then you accept the other person's virtues and are kind to his or her limitations. You then have appreciation, love, compassion, understanding and freedom in relationship." 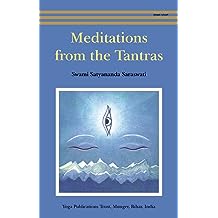 Meditations from the Tantras 14/07/2018
by Swami Satyananda Saraswati
( 188 )
$11.99
Meditations from the Tantras is a clear and comprehensive book on meditation for beginners. The general aim is to show the possibilities open to the practitioner of meditation, the preparation that is necessary, as well as practical methods to attain meditative experiences. Featuring fundamental pratyahara (sensory withdrawal) practices such as Antar Mouna and introductions to other meditation techniques such as Satyananda Yoga Nidra®, ajapa japa, trataka, the kriyas and the different forms of mantra practice, this book provides an essential foundation for all advanced meditation practices.Included are class transcripts of the practices as originally taught by Swami Satyananda Saraswati.
Read more
Other Formats:: Paperback
See purchase options
Back to top
Get to Know Us
Make Money with Us
Let Us Help You
And don't forget:
© 1996-2021, Amazon.com, Inc. or its affiliates